You are here:
Latest NewsOpinion Piece 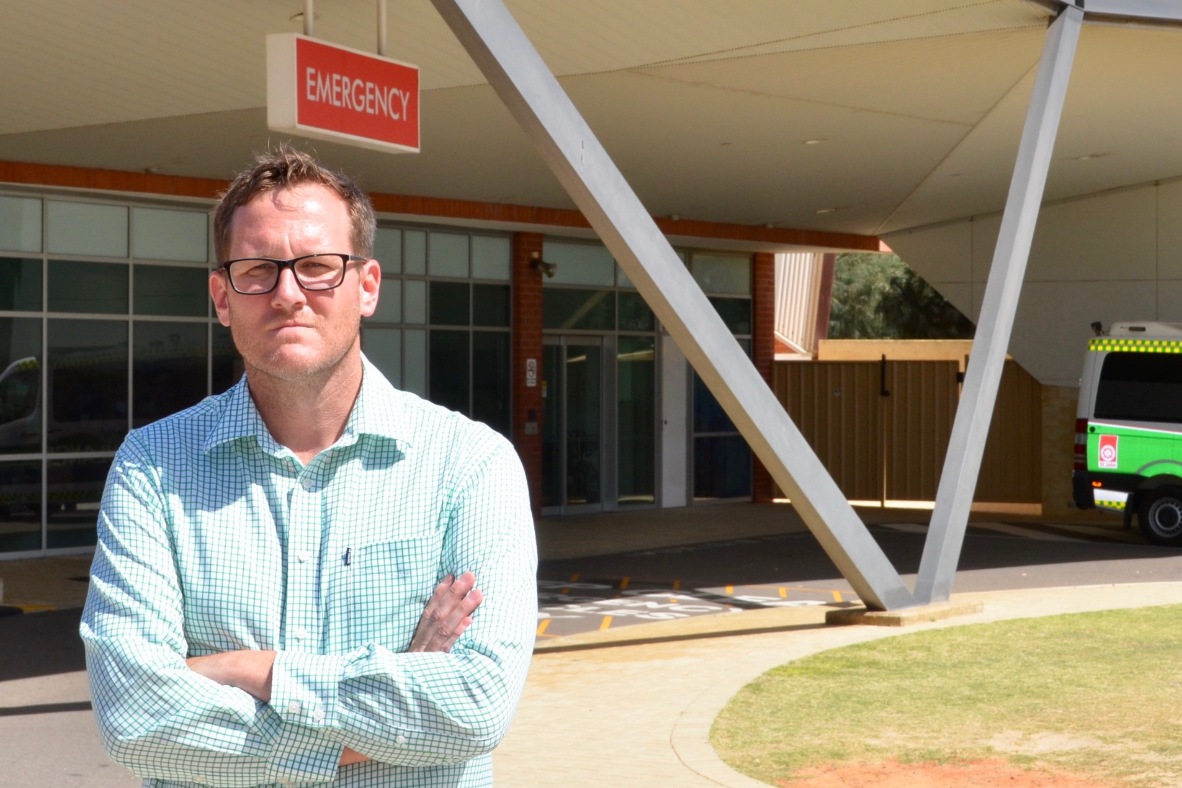 Lara Dalton’s opinion piece that appeared in the Midwest Times on 30 November patting herself on the back for ‘moving forward’ with the long-awaited redevelopment of the Geraldton Regional Hospital, epitomises everything that is wrong about politics in 2022.

Voters are sick of spin from politicians, and there is nothing they hate more than when their local MP can’t own their failures along with their successes.

Sadly, for the people of the Mid West, the Geraldton Regional Hospital redevelopment is the former rather than the latter.

On 30 May 2006, then Premier of Western Australia Alan Carpenter officially opened the new Geraldton Hospital. Albeit late and over-budget, the $49 million project was eventually delivered.

Health Minister Jim McGinty proclaimed on opening day that the government’s health investments were ‘making sure that Western Australians have access to the best and most appropriate health care possible, regardless of where they live’.

Fast forward to 2017, the redevelopment of the Geraldton Regional Hospital was a hot issue at the March State election with the Labor Party and Lara Dalton committing $45 million and the then incumbent MP Ian Blayney pledging $138.5 million.

History will show that Mr Blayney’s pledge was on the money as the Labor project has tripled in price in five years and we are still waiting, still hoping to see progress.

The fact that one of the State’s newest hospitals in 2017 needed such a significant redevelopment was an indictment on the former Carpenter-Gallop Labor government, something Lara Dalton ought to reflect upon.

Whilst Geraldton waits to see if the project will kick off next year, spare a thought for families in Carnarvon and the Gascoyne region who have not been able to locally deliver a baby since February of this year. The impact felt by these families is extensive, and undeniably, the pressure other health services in Geraldton and the metropolitan area have had to endure consequentially is significant.

Think of the residents of Wyndham who have lost their 24/7 hospital to a daylight service since October 2021. There isn’t another hospital within 100 kilometres.

The reality doesn’t resemble the ‘best healthcare no matter where you live’ pledge that the Labor Party trumpets from time to time.

Of greatest concern to me is that the McGowan Labor Government is repeating the very same mistakes they made in 2006 – failing to plan for the future and under-estimating the growth potential of the Mid West region.

The government’s own business case which informed the redevelopment of the Geraldton Regional Hospital was based on meeting service demand to 2025/26. Simply put, we are building a hospital for the short term not the long term.

This is made worse when you consider the government’s new timeline proposes a completion date of 2026. Not only is this beyond the next election, but beyond the service demand projected by the WA Country Health Service.

This is further demonstrated by the fact that not a single ward bed is being added during the redevelopment nor an additional theatre to better cater for patients closer to home.

Rather than writing opinion pieces congratulating oneself for delivering a project that remains incomplete, I suggest Lara Dalton start asking the Health Minister the hard questions.

One of those is why a State Labor government awash with cash and a $6 billion budget surplus cannot find $10 million to match a commitment from the Federal Government to construct a radiation oncology service in Geraldton.

The perfect opportunity to undertake such a project and deliver this lifesaving service to the Mid West is now as the current hospital and site is disrupted and redeveloped.

Instead the Health Minister is not budging.

A $10 million investment in a local radiation oncology service must be a higher priority than a $100 million pedestrian bridge across the Swan River. Despite the bridge doubling in cost, it was never in doubt, unlike the Geraldton Regional Hospital which has suffered delay after delay.

Couple that with the fact that more than 140 hours have been clocked by ambulances ramped at Geraldton Hospital during this year alone, rather than being back in Mid West communities ready to respond to emergency calls, and there is no doubt this issue requires serious and urgent attention.

And not far from Geraldton sits the Mullewa Hospital in desperate need of investment, yet unlike Geraldton Regional Hospital, it’s future remains uncertain and unfunded.

Whilst politicians often talk tough on narrowing the health divide between our city cousins and those of us that call the regions home, decisions like these demonstrate we have a long way to go.