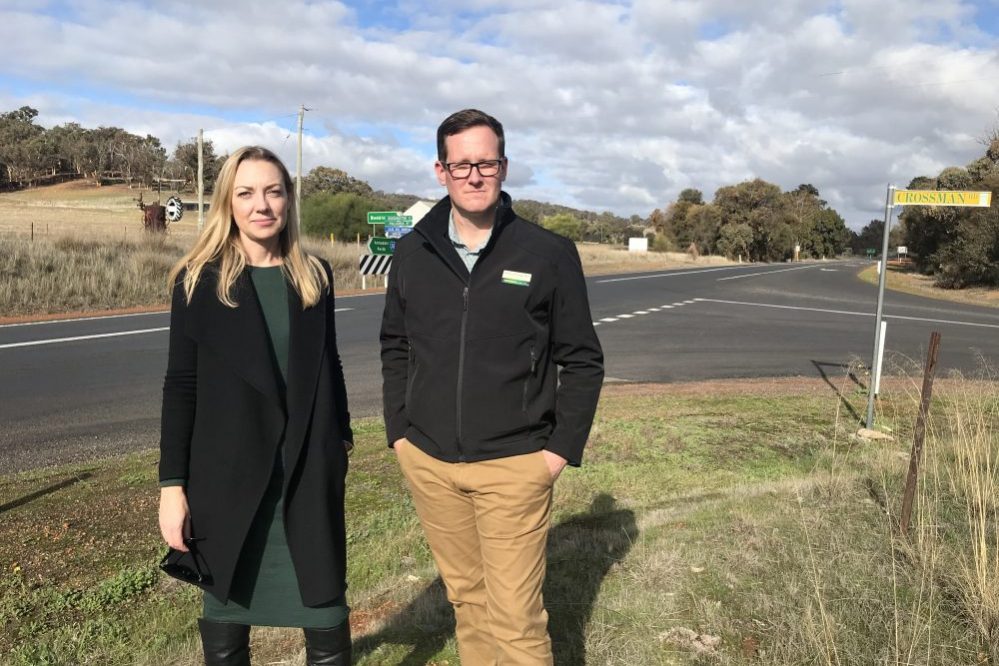 The Nationals WA are calling on the Transport Minister to fix a series of dangerous intersections along a stretch of Albany Highway blamed for at least four serious crashes near Boddington this year.

Leader and local MP Mia Davies recently visited one of the intersections with Road Safety spokesperson Martin Aldridge after complaints from the Shire of Boddington and local residents.

Four serious road traffic incidents have occurred at the intersections in the first half of 2019.

“Main Roads WA has already completed development planning for improvement works to these intersections but the Minister refuses to fund construction, saying it is competing with other funding priorities – presumably Metronet.

“It is only a matter of time before these dangerous intersections claim a life unnecessarily.

“Tragedy could be avoided if the Minister funds improvement works immediately.”

Albany Highway’s southbound lane has no passing bulge at either Crane Rise or Crossman Road, meaning traffic caught behind turning vehicles are forced to brake heavily or veer off onto the gravel shoulder to avoid rear-ending cars in front.

At Crossman-Dwarda Road traffic travelling northbound also has no passing bulge to get around cars slowing or stopped to turn right off the highway.

Local residents and road users have also complained that loose gravel covering the intersections adds another danger to cars trying to slow down or turn.

Mr Aldridge, who used Parliament to find out how much Main Roads WA had costed improvement works to the intersections, said there was no reason construction shouldn’t go ahead.

“Works have been costed at $1.9 million, which is a fraction of the $250 million the Government is set to reap from BHP as part of recent royalty settlement,” he said

“As we’ve already pointed out, the McGowan Government only plans to spend 8 per cent of that recoup in regional WA, instead of the 25 per cent that should be invested in regional projects.

“Perhaps the Minister should be asking her Premier if she can use a very small amount of the windfall to fix these three dangerous intersections and improve road safety for road users travelling through the Shire of Boddington.”