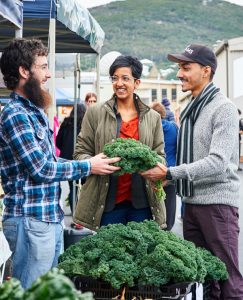 In a West Australian first, I am proud to announce The Nationals WA will be conducting a Community Preselection to decide who will contest the State election for The Nationals in March 2021 for the electorate of Albany.

We are asking locals to have a direct say on who they want to represent them in Parliament – who is your local champion, who is the person you want sitting at The Nationals WA table taking up the fight for Albany?

Whoever wins the community vote on 29 August will be The Nationals WA candidate – so I encourage you to get involved to help shape Albany’s future!

Your choice, because it’s your voice in Parliament.

On 29 August 2020 there will be a special polling day held to preselect The Nationals WA candidate for the seat of Albany. Every member of the Albany community enrolled to vote can cast a ballot for their preferred candidate. There will be a number of polling booths, as well as mobile polling booths on the day to help you vote.

The Nationals WA have always selected local champions, identifying people that are leaders in their community. Now we are raising the bar in Albany. Opening the process to all enrolled voters in Albany makes our Community Preselection the most democratic candidate selection process of any Party.

Why a community preselection?

It’s about engaging with the community and making them a key part of the candidate selection process. It gives the community the opportunity to identify and get to know the nominees, ask questions and be engaged early on in the preselection process. Most importantly, it requires nominees to earn the respect and support of the public before they are endorsed as The Nationals WA candidate.

You can get involved by finding the person you trust to be your voice and ask them to nominate – or better still, nominate yourself! During the campaign, look out for events and information to learn more about those that have nominated. And on polling day make sure you cast your vote!

Has it been done before?

Community preselection has been run in other states, but The Nationals WA are pioneering it in Western Australia in the seat of Albany. This is a landmark opportunity for Albany voters to select their preferred candidate.

Our Albany Community Preselection campaign office can be found at Shop 2, 146 York Street (opposite Frederick’s Café) and will be open from Monday to Saturday each week. Our campaign office allows members of the public to find out more about the community preselection process, learn about the candidates, and find out where and when they can cast their vote.

What is a community preselection?

Why a community preselection?

Has it been done before?

The Nationals have a strong record for delivering for regional Western Australia and I know there’re people wanting to join our team to take up that fight. A community preselection will put the focus on Albany and highlight what those people aspiring to be a Member of Parliament can bring to the table. It’s a simple question; who do you want to be your voice Albany? We want you to decide, it’s your choice.”

Help with the campaign