Australia Post to carry firearms once again after Nats intervention

Firearm owners and dealers across regional WA will once again be able to safely transport firearms via Australia Post from early 2019.

The Nationals WA Member for the Agricultural Region and Police spokesperson the Hon Martin Aldridge MLC and Deputy Leader of The Nationals and Minister for Regional Services Senator the Hon Bridget McKenzie made the announcement at the Sporting Shooters’ Association of Australia SHOT Expo on Sunday.

Australia Post has been reconsidered by WA Police as an approved commercial licensed carrier to transport firearms in Western Australia following a policy change in 2017, which left them off the list of the approved carriers.

Since 2017, Western Australia firearms dealers have found it very difficult to transport firearms to and from manufacturers, other dealers, and customers due to the small number, limited coverage and high cost of alternative commercial carriers.

“With the vast distances in WA, it is important for regional communities to have an accessible service to transport firearms through Australia Post,” Mr Aldridge said.

“The changes that occurred last year made it very difficult for regional firearm owners, farmers, manufacturers and registered firearm dealers. Firearms dealers desperately need a secure and workable transport policy for the sustainability of their business and those who rely upon them.

“It is a positive outcome for regional WA, however the State government must stick to their commitment to review the policy after 12 months of operation.

“Western Australia has gone it alone with such onerous transport conditions which fail to recognise the need for intrastate, interstate and international trade of firearms to ensure primary producers and sport and recreational shooters in particular can continue to access and maintain firearms safely.” 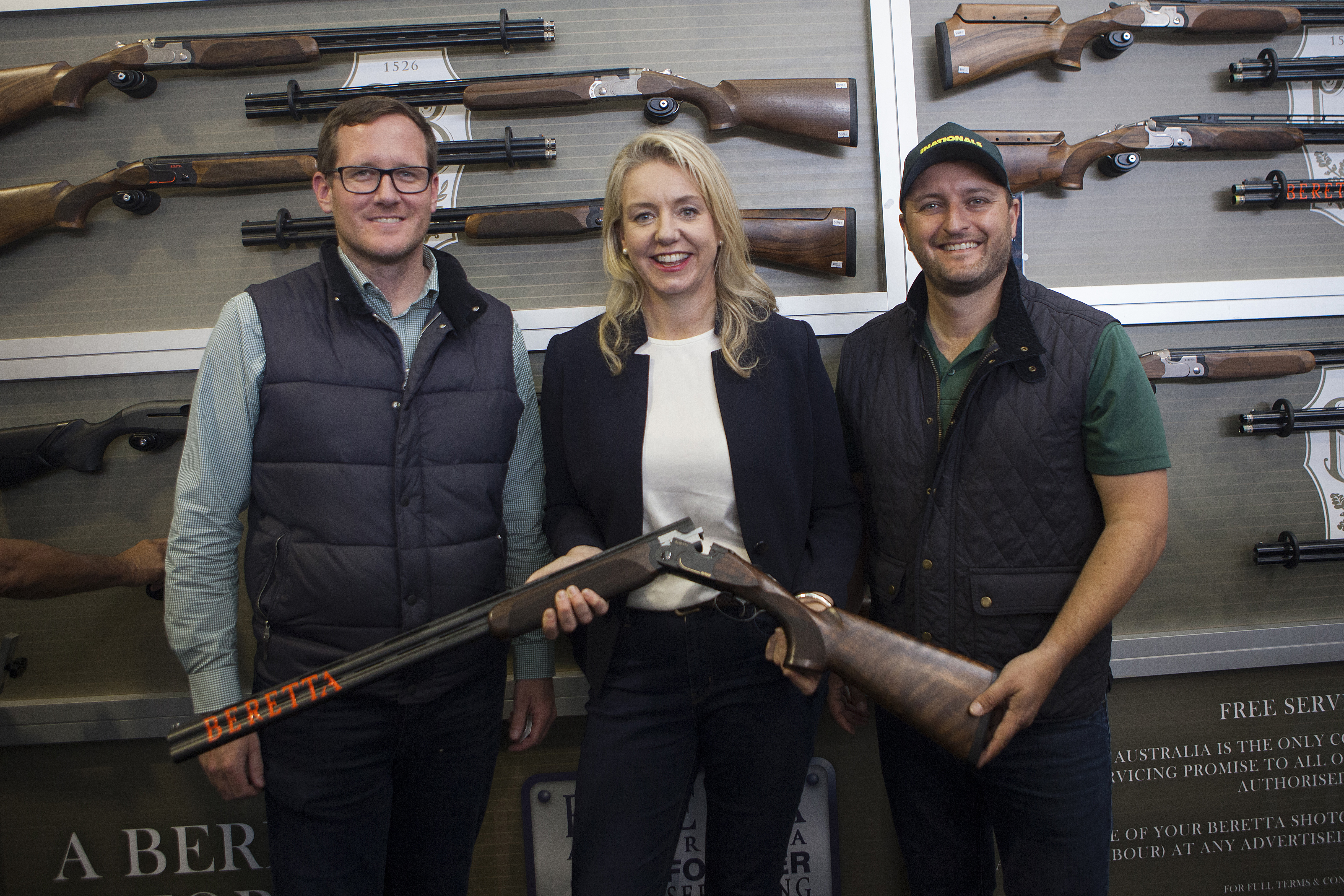 The Nationals WA Member for the Agricultural Region and Police spokesperson the Hon Martin Aldridge MLC (left), Deputy Leader of The Nationals and Minister for Regional Services Senator the Hon Bridget McKenzie and Member for North West Central Vince Catania MLA at the SHOT expo.

Minister McKenzie said the changes will mean WA will come into line with rest of Australia, where Australia Post will offer transport firearms through its postal delivery network.

“I’m pleased to inform rural and remote Western Australians that following discussions with WA Police and input from The Nationals at both the State and Federal level, Australia Post will commence carriage operations from early next year,” Minister McKenzie said.

“For regional Western Australians looking to legally trade firearms or secure firearms for use on their properties and remote stations, there was simply no other rational way to organise transport. “

Minister McKenzie said it was a sensible decision which recognises just how important Australia Post is to the lives of regional and remote Australians.