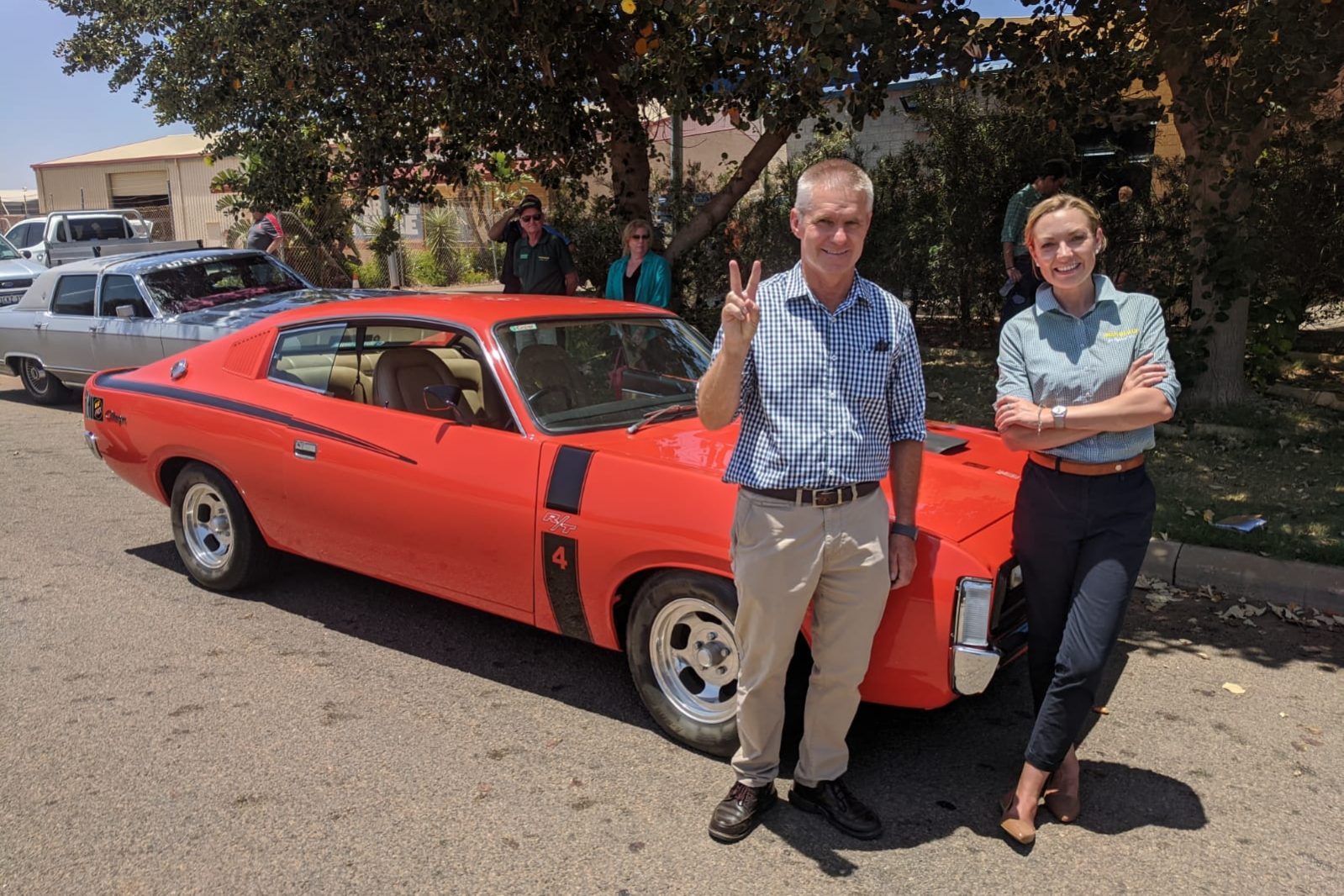 : Mia Davies and I standing next to a charger, hence my ‘Hey Charger’ sign

Member for Geraldton Ian Blayney has warned classic car owners that a 12-month reprieve on proposed changes to the Veteran/Vintage 404 concession scheme will not prevent substantial reforms being made by Labor in the future.

Mr Blayney said the changes proposed by the Labor Government threatened the viability of classic car clubs and vintage vehicle events in Geraldton and the Mid West.

“Unfortunately for classic and vintage car enthusiasts and club members, Labor has u-turned on that promise and proposed a raft of changes which will increase the burden on clubs and volunteers.”

Mr Blayney said members of the local Batavia Coast Classic Cars had raised concerns regarding the changes, which would reduce private vehicle use to just 30 days per year, increase reporting requirements for club volunteers, and limit vehicle use for events organised by other clubs.

“The current code allows for a short road test or tuning run to ensure vehicles are operating safely and effectively, but this would be severely restricted under Labor’s planned changes, with these test runs falling under the 30 days of private use,” Mr Blayney said.

“Clubs will also be required to record all vehicle use by members, which places a huge administrative burden on volunteers and prevents them from doing other tasks, like organising events for the enjoyment of car owners and the wider community.”

Considering the seriousness of the proposed changes, Mr Blayney invited Mia Davies, Leader of The Nationals WA to Geraldton this week to meet with the Batavia Coast Classic Cars group to see how they can assist with advocacy to the Government and negotiate a better outcome for club members.

“While Labor has pumped the brakes following an outcry by car owners and club members, promising to delay any changes for a further 12 months, they have not ruled out introducing these changes,” he said.

“It’s clear that Labor’s priority is avoiding bad press in the lead up to the election, not concern for classic car owners.”

Mr Blayney called on Labor to abandon the proposed changes ahead of the State election.

“The Minister has promised to consult with classic car owners before making further changes, but given Labor’s shoddy track record of community consultation in the past, including the Geraldton-Dongara Bypass road, their process leaves much to be desired and classic car owners are right to be wary.”