Regional communities across WA may have sighed with relief after the State Government reversed plans to slash funding to Community Resource Centres (CRC) earlier last year, however this may be short lived.

The McGowan Government said in August it would continue to ‘fully fund’ CRC’s the full $13 million each year, however The Nationals WA Member for the Agricultural Region Hon Martin Aldridge MLC has uncovered the McGowan government are forecasting significantly less funding to centres next year in comparison to last financial year.

Mr Aldridge recently questioned the governments funding model for the centres and uncovered that CRC’s in the Agricultural Region may be up to $1.5 million worse off as the government stretches the program to accommodate local government trainees.

“The Nationals have been consistent in support of CRC’s after many years of neglect by the former Labor State Government that did not recognise their true value to regional communities and regional development,” Mr Aldridge said.

“While it was a win for regional WA for the government to reverse the cuts, the fine-print has revealed the Minister for Regional Development intends to stretch CRC funding to Local Government Authorities, in a new grant program.”

It was revealed in Parliament that the traineeship component of the program will be made available to both CRC’s and to local governments via a competitive application process.

“This has created a unique situation, where more than 100 CRCs will have to fight for their trainee funds, which has never been the case before,” Mr Aldridge said.

“While it is important to have training opportunities across regional WA, CRCs may miss out on much needed funding, as up to 30 local governments could be approved for the allocation of funds.

“The Minister for Regional Development’s handling of this issue has been nothing short of disastrous and short-sighted.

“If the Minister is truly interested in skills, the best thing she could do is give funding certainty to CRC’s who have been impacted by loss of experienced staff and committee members as a direct result of her shambolic management of the RfR budget and regional development portfolio,” Mr Aldridge said. 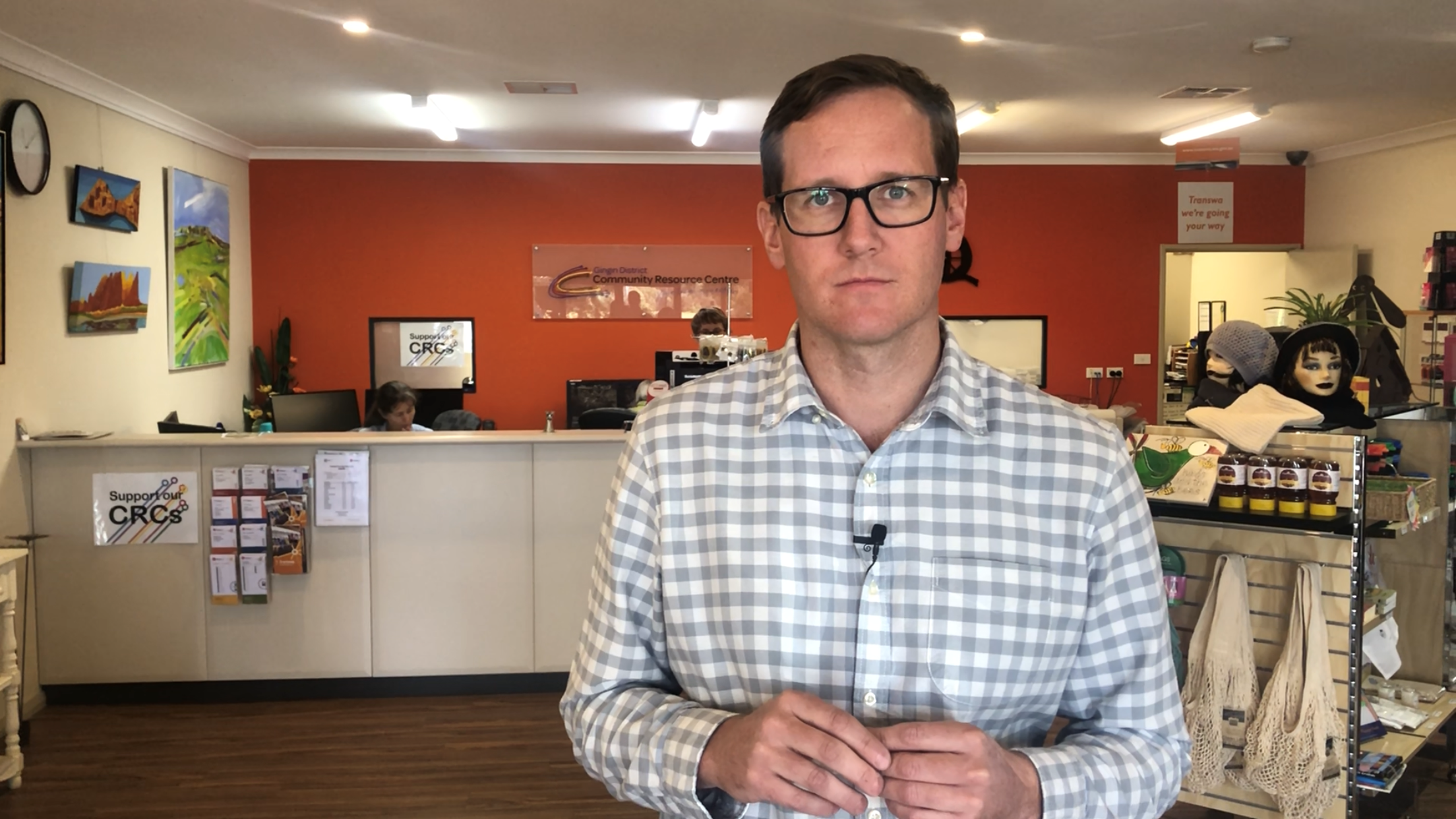 The Nationals WA Member for the Agricultural Region Hon Martin Aldridge MLC at the Gingin CRC.