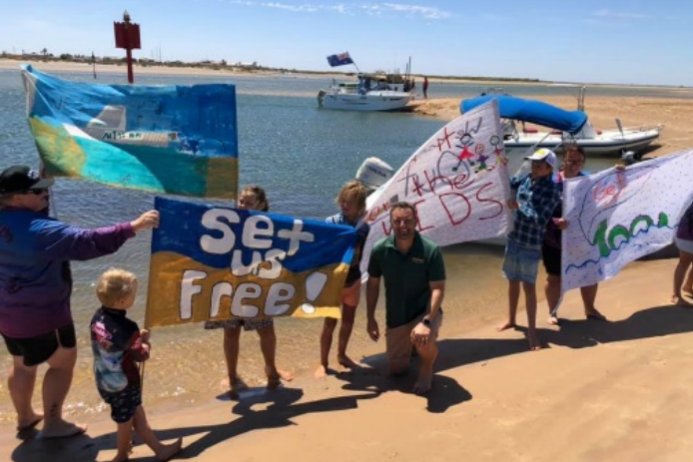 North West Central MP Vince Catania is astounded that after five years and a long awaited hollow promise of $7 million from the Government in late 2020 and in the lead up to the election – still access to the Fascine
Water Way remains blocked.

Despite loud cries for help from hundreds in the Carnarvon community since April 2017, including through a public protest held in January 2020, which prompted seemingly more empty promises by the Government, still
the waters are no clearer as to when access will be made possible.

Surely with recreational boat ramp facilities and Yacht Club Marina pens already sitting idle and inaccessible, today’s announcement of the construction of 16 new Department of Transport (DoT) pens at the Carnarvon Boat Harbour and a diversion of $2.1 million of promised remediation funds, reflects a government that’s disconnected from the needs of the community and businesses?

These new pens are in no way a substitute for year-round access to the Fascine Water Way, the ‘jewel in the crown’ from a tourism perspective with access to the Carnarvon Yacht Club, being a critical part of the town’s tourism and recreation offering – over-looked by the Government.

“At a time when businesses and community groups need help and support its staggering the Government can’t see the urgency and multiple reasons around the need to unblock the Fascine entrance now.

“With no-one able to “get in or out” for years or fully utilise existing facilities, clearly the importance of the remediation of the Waterway, a fundamental part of the town’s water-based tourism and recreation offering continues to land in the Government’s “too hard” basket – something which happened in April 2017 would have been fixed immediately if in Perth.

“I urge the Carnarvon Shire and community members to continue ‘thumping the table’ and demand the Government makes the permanent fix they promised actually happen,” he said.