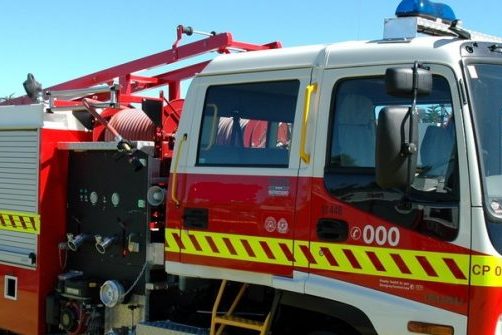 The Nationals WA have welcomed a review into Firefighter Cancer Legislation which confirmed legislation introduced by the previous Liberal National government had assisted more than 20 firefighters impacted by cancer since 2013.

“These important reforms mean that firefighters who contract one of 12 prescribed cancers are presumed to have contracted that cancer in the provision of their employment,” Mr Aldridge said.

“This eliminates the burden of proof which previously prevented firefighters from accessing compensation in a timely way, if at all.”

Mr Aldridge said prior to legislation being introduced by the Liberal National government, firefighters faced an uphill battle in linking their cancer diagnosis to their employment.

“Sadly, I have met with families in my electorate who have suffered as a result of a system which provided very little support for families after receiving a cancer diagnosis,” he said.

“Firefighters and their families were often embroiled in bureaucracy and paperwork to prove their claims when their focus should have been on family and recovery.”

The report found that 23 of 24 claims had been accepted under the legislation. One claim was not accepted arising from the applicant not meeting the legislative requirements.

“Importantly, the report found that the average time to process a claim was just 13 days, compared to 43 days for other disease-related compensation claims,” Mr Aldridge said.

“This demonstrates the effectiveness of the legislation in providing timely support to those who have risked their lives and their health for our communities.”

Emergency services spokesperson Colin de Grussa said it was encouraging to find the legislation was operating as intended.

“The vast majority of claims are being accepted and important decisions are being made quickly, providing peace-of-mind and financial security for impacted firefighters and their families,” Mr de Grussa said.

Similar protections extended to volunteer firefighters in WA were not subject to this legislative review.

Six months on and community still seeking answers on Wooroloo bushfire
27 July 2021
Keep up to date!
Keep up to date with The Nationals WA on Facebook and Twitter, and don’t forget to share us with your friends.
Recent Posts
Archives
Go to Top