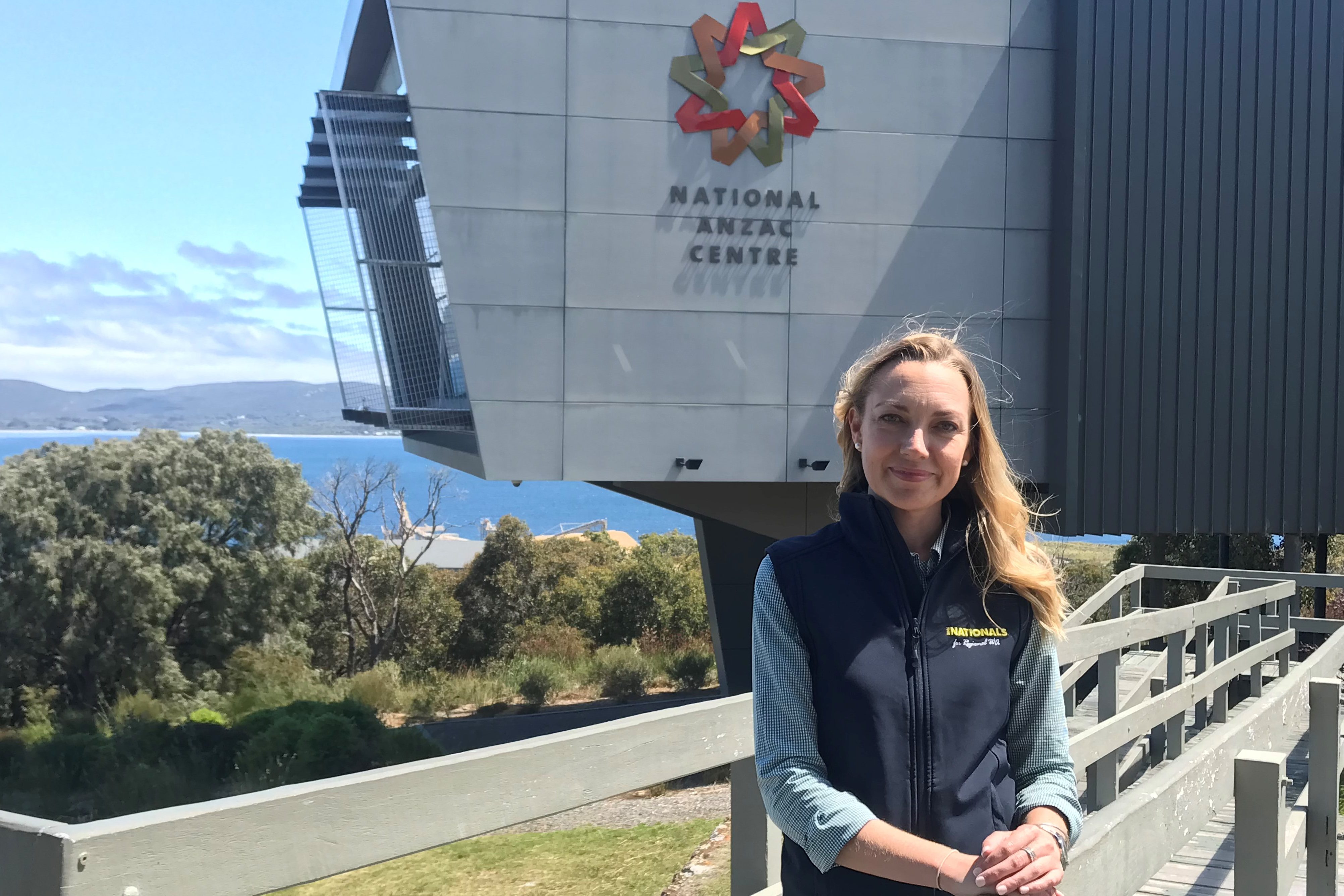 The Nationals WA are backing the City of Albany’s plans to negotiate free visitor access to the city’s award-winning National Anzac Centre with the Australian War Memorial.

Leader Mia Davies said the party raised the plan with Nationals’ Federal Minister for Veterans Affairs Darren Chester during his visit to Albany and meeting with the local RSL in April.

“Annexing the Anzac Centre as part of the Australian War Memorial would allow free access to the site for visitors, just as the AWM itself and other sites under its jurisdiction around the world are open to the public without entry costs,” she said.

“The National Anzac Centre recognises a significant part of Australian history so it is important people have the opportunity to learn about and reflect on the legacy of those who served and were involved in The Great War.

“The entry cost of $25 per person or $67 for a family of four can be a barrier for some wanting to learn about the contributions and sacrifices of Albany, WA and Australia to the Anzac cause.”

Under the plan the City of Albany would retain operational and management responsibility of the Centre while the AWM would subsidise entry fees.

Albany has a strong association with the Anzac legacy. For more than 30,000 servicemen and women Albany was their last sighting of Australia before heading for overseas conflicts in November 1914.

Nationals WA Member for South West Colin Holt, who helped facilitate meetings between the Minister and local authorities over free admission to the venue, said having the Centre under the AWM umbrella would provide security for the site’s financial future and ongoing visitation.

“While the building is relatively new, it will require funding for maintenance and refurbishment as the years wear on,” Mr Holt said.

“Funding and expertise is also required for new exhibits, implementing interactive walkways and upgrades in the lower forts precinct to expand educational offerings at the site, something the Albany RSL is very keen to pursue.

“Being linked to the Australian War Memorial would increase exposure of Albany and its Centre on a global scale and ensure adequate support is maintained.

“The City and Albany RSL have done a magnificent job helping establish the Centre and it is imperative it continues to provide an important educational and historical service for generations to come.”