Frustration and distress as nurses and doctors rally for health crisis 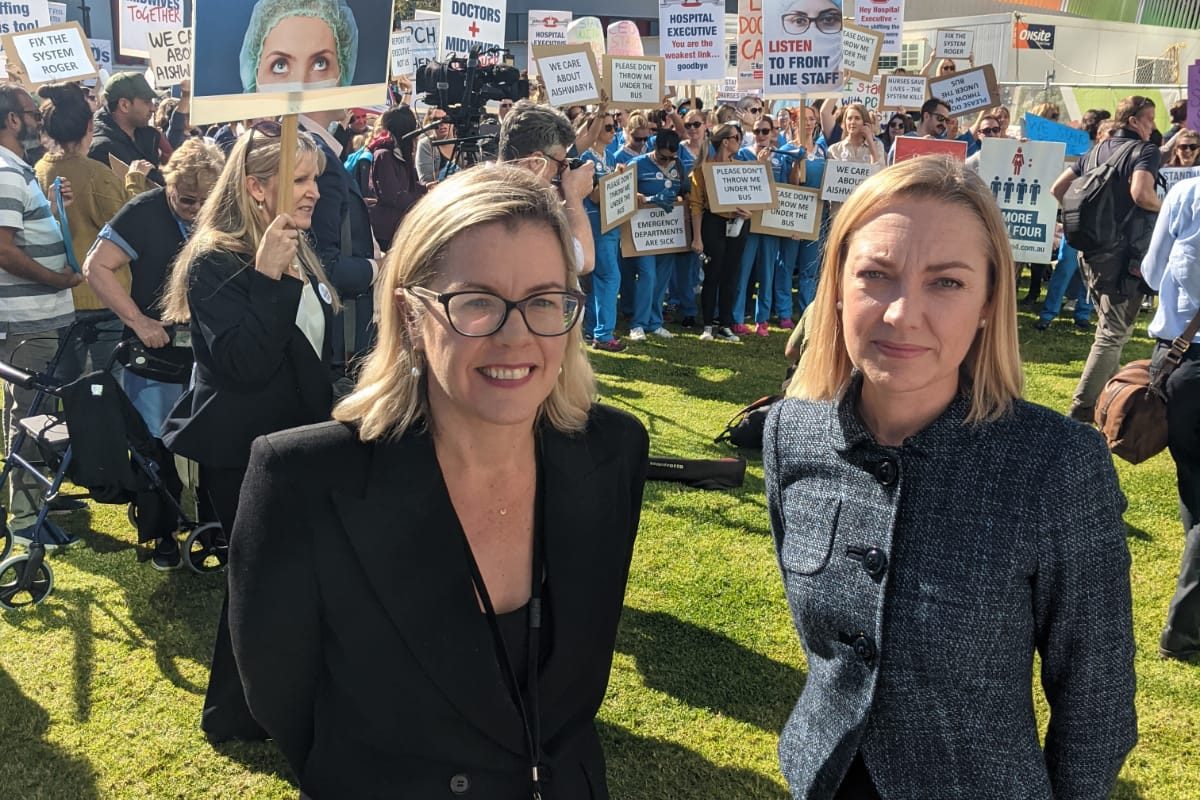 The Premier has confirmed in Parliament that no matter what happens in the health portfolio the embattled Minister will keep his job.

Ms Davies said health staff felt let down and betrayed, and were frustrated by the constant spin and rhetoric coming from the Labor Government.

“The rally at PCH today – the first time the ANF and AMA have held a joint rally – is a direct result of the Premier and Health Minister’s failure to listen to the concerns of front-line health workers,” Ms Davies said.

“There have been too many red flags missed by the Minister. He’s dropped the ball completely on critical issues like understaffing, ambulance ramping, and catastrophically low morale in our exhausted and distressed doctors and nurses.

“These are not just isolated incidents but have been occurring across our health sector for several years and will get worse if the Minister continues to sweep them under the rug.

“Instead of accepting any responsibility for the sorry state of WA’s health system, the Minister has deflected blame and allowed others to take the fall for systemic failures.”

Ms Davies said the disconnect between the Health Minister and the experiences of front-line health workers was staggering.

“The Health Minister commissioned a number of surveys since 2017 which found staffing levels were inadequate and staff felt undervalued and uncomfortable speaking up about areas of concern. The Minister then went on to completely ignore the findings of these surveys for the past four years.”

During Question Time today, Ms Davies called on the Premier to strip the Health Minister of his additional portfolios so he could focus on fixing the health crisis.

“The Premier refused this request. It appears there are no circumstances where the Health Minister will be held accountable for the health crisis in our hospitals,” Ms Davies said.

Shadow Health Minister Libby Mettam said while it was pleasing to see the Government announce additional staff and beds at PCH today, it was important to note that the health crisis was widespread.

“We had healthcare workers from hospitals all over the metropolitan area and some from as far south as Albany all protesting about the same thing – staff and resources,” Ms Mettam said.

“WA still has one of the lowest numbers of beds per capita in the country and until there is significant investment across the board, these issues around staff shortages, burnout, ambulance ramping, and bed block are only going to get worse.”