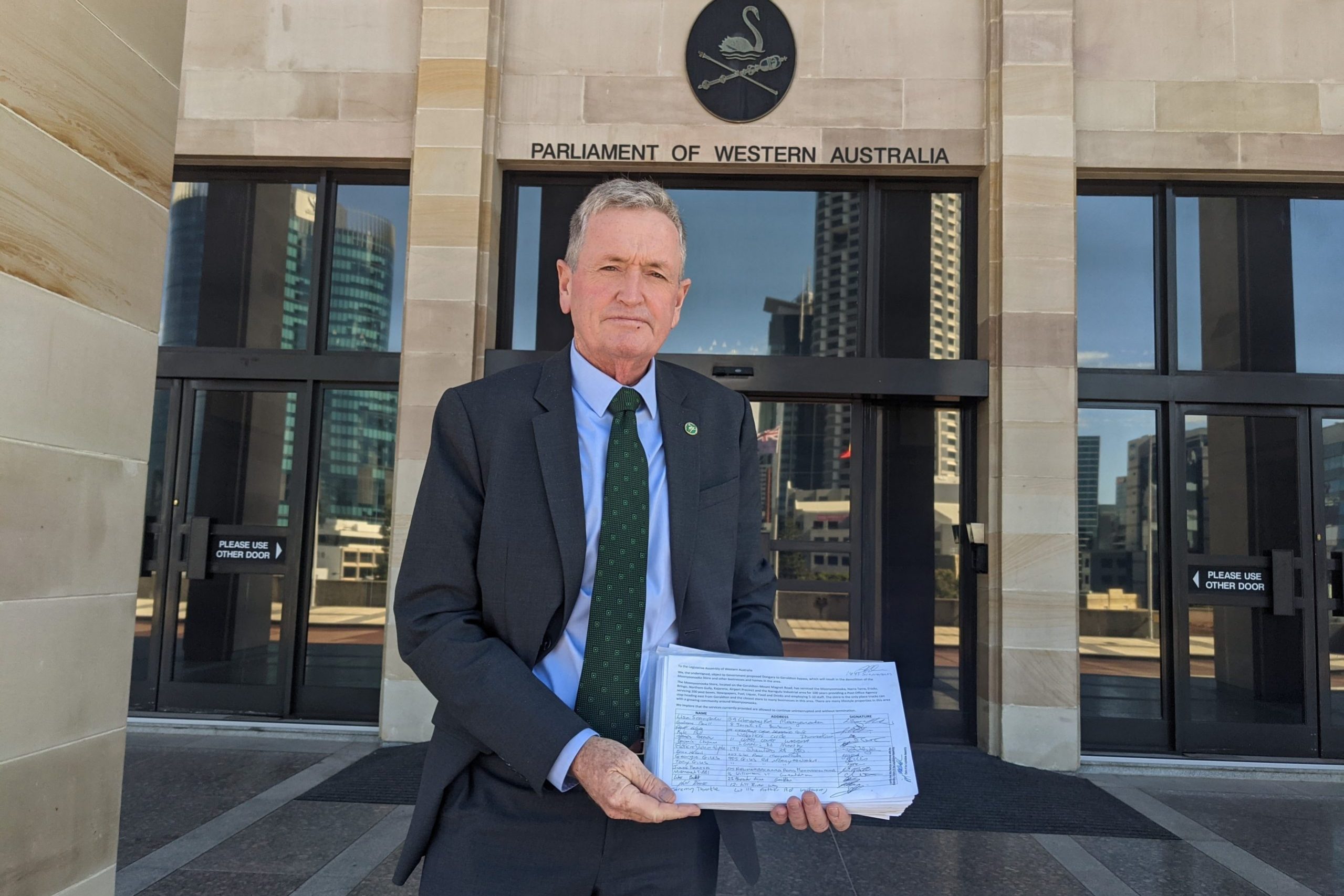 Shadow Transport Minister Shane Love says Labor’s proposed Geraldton bypass must ensure the Moonyoonooka Store and homes and businesses in the area are not destroyed.

Mr Love said the site had been the home of the Moonyoonooka Store for more than 100 years.

“Located on the Geraldton – Mt Magnet Road, the store is an important community hub offering a post office agency, fuel, papers, take away food, liquor and groceries,” he added.

“The next closest store is 15 kilometres away and this is the only place that trucks heading east from Geraldton can easily stop.”

Mr Love lodged a petition with 1443 signatures in parliament yesterday that former Member for Geraldton Ian Blayney organised in the last term of parliament.

The Petition implored the government to ensure services currently provided to the Moonyoonooka community are allowed to continue uninterrupted and without termination. A further petition containing 1658 electronic signatures was also presented to parliament.

Mr Love said Mr Blayney was pleased to see the petition lodged, having worked with affected residents to seek a greater level of government consultation regarding the proposed Geraldton bypass route, Option 1.

“The government must give genuine consideration to the issues affecting the Moonyoonooka community,” Mr Love said.

“And local residents are entitled to know where the current Member for Geraldton stands on this issue.”

Mr Love said the Northampton bypass should be considered as a stand alone project and there was no reason why issues at Mooyoonooka should hold up the Northampton works.

“The alignment of the Northampton bypass has been in the planning phase for 20 years and it is time that funding was prioritised and work began.”