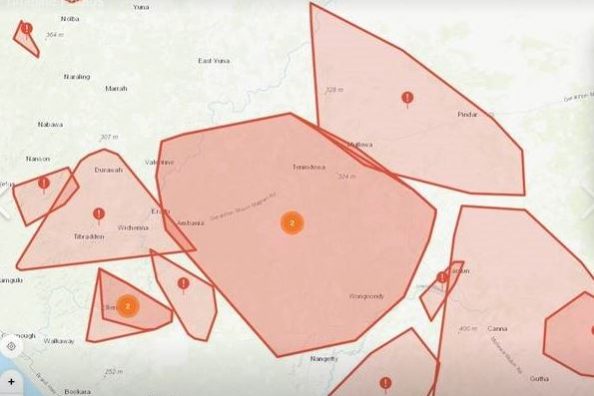 Member for Geraldton Ian Blayney has thanked community members for attending the Western Power forum held in Geraldton last Thursday and appreciates their thoughtful contribution to the power supply debate.

Having invited the Energy Minister to Geraldton to discuss power reliability in the Midwest after a spate of power outages that caused frustration for many local residents, Mr Blayney said the meeting allowed for the community to raise some of their concerns directly with the Minister.

‘It’s clear from the discussions that took place that community members feel that the level of maintenance on the lines, as well as the amount of compensation received after 12 hours of supply disruption, is inadequate, “ Mr Blayney said.

“Indeed, I raised the issue of compensation in Parliament last month after having been contacted by a number of constituents about the shortfall, and it was disappointing to hear the Minister say it was only being ‘reviewed’ rather than ensured.

“I hope the discussions at this meeting will go towards the Minister’s review of the situation and I will be keeping a close eye on this matter to see if anything changes.

Lack of communication between Western Power and private consumers was also bought to the for-front in relation to timings for power restoration, and Mr Blayney has suggested re-instating community support officers to fix the problem while maintenance options are considered.

“As an MP, I found the locally-based Western Power community support position invaluable,” he said.

“When they were abolished and this function was centralised out of Perth, communications in the regions fell to the way side and have been more susceptible to neglect, which is unacceptable when thousands of people are without power.

“It would be wise for the Government to start to re-consider reinstating communication officers in the Midwest to ensure communication problems do not continue to get worse,” Mr Blayney said.

Mr Blayney said that the amount of time taken to re-energise the lines after they have been repaired was also an issue raised at the forum.

“Western Power will not re-energise the lines unless FESA and local Government fire levels are below a certain level. This means delays are extended and leaves the rest of us wondering whether this extension is really that necessary,” he said.

“While the system will be changed over time, these delays have become a serious problem for those who live and work in Geraldton and the Midwest.

“I hope the forum gave the Minister a deeper understanding of the issues faced by locals and increases the urgency with which these issues are tackled,” Mr Blayney said.