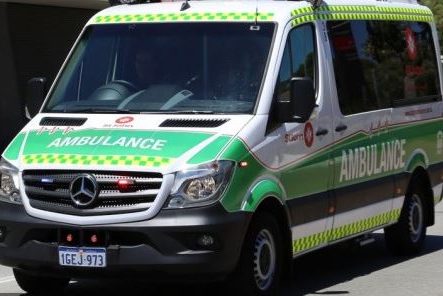 Questions asked in Parliament by The Nationals WA revealed there were 44 occasions of ambulance ramping at the hospital’s emergency department between January and September this year.

“It means on average more than once a week patients are forced to lie in ambulances – some who may have already traveled for considerable distances to reach Geraldton – instead of being admitted to hospital for treatment,” he said.

“Ambulance ramping is putting St John’s volunteers servicing the Mid West and Wheatbelt under more stress, costing them more of their time and adding to the risk of burnout.

“It is an unfair price to pay, particularly for vollies who sacrifice work or social activities to assist the community, and it’s traumatic for patients being transported to hospital for urgent medical care.”

Mr Blayney said ramping rates under the McGowan Government were the worst in the State’s history and the Health Minister had not responded adequately to fix wait times.

The Nationals WA health spokesperson Martin Aldridge, who probed the McGowan Government’s regional ramping record, said it was was the latest in a line of issues that have left the Mid West community concerned about the level of services at the region’s biggest hospital.

“Staff are doing their best to cope with shortages but the hospital is almost at breaking point and the McGowan Government hasn’t provided any solutions, including being no closer to meeting its long-promised overhaul of the hospital’s emergency department,” he said.

“The impact of ramping on volunteers is not exclusive to Geraldton and the Mid West. Our engagement with St Johns service providers in the Wheatbelt revealed many vans are faced with extended wait times at other hospitals, particularly those in Perth.”

“In some cases return trips that should take three hours have blown out to six when ramping wait times are added, during which time ambulances, paramedics and volunteers are essentially demobilized.

Mr Aldridge suggested it was time the Health Minister mandated daily reporting on regional hospital ramping as is done in the metropolitan area.

“The Minister needs to focus his attention on arranging faster turnaround times for paramedics and volunteer ambulance officers so their valuable time can be spent in the community not in a queue at ED.

“Unfortunately his inaction is another example of this government prioritising big ticket spending on its pet Metronet project in Perth at the expense of health service delivery in the regions.”