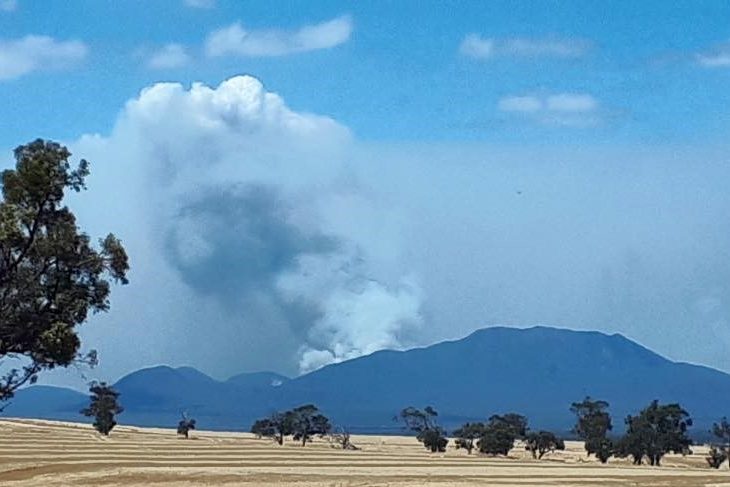 Member for Roe Peter Rundle warns the McGowan Government is putting a significant tourism drawcard – and nearby farms – at risk by ignoring pleas to fund a new firefighting truck for the Stirling Range National Park.

Mr Rundle has thrown his support behind the Borden Volunteer Bushfire Brigade push to permanently station a fire fighting appliance in the park to help protect Bluff Knoll, other popular visitor points and surrounding agricultural land.

“It is now time for the McGowan Labor Government to answer the call,” he said.

“Thanks to the hard work of 200 firefighters, blazes that burnt through 40,000ha – a third of the Stirling Range – over the Christmas-New Year break were brought under control to avert what could have been a major disaster.

“It was the second time in less than two years the park has been ablaze and seasoned volunteer firefighters in the region say it was another warning they need better equipment so they can quickly respond to flare ups.

“The Stirlings attract thousands of tourists with Bluff Knoll a strong lure but the park has also been identified as one of the most susceptible areas to bushfire in WA so it is crucial local brigades and DBCA are adequately resourced by the State Government.

“Whenever there is a fire emergency it is the volunteers who are the first called on by government to help and it is time the Minister for Emergency Services stepped up and helped with a fire truck.”

Mr Rundle said the Borden brigade wanted to secure a $500,000 4wd firefighting appliance and the cashed-up State Government needed to find the funding, not put more pressure on regional communities.

The Nationals WA emergency services spokesperson Colin de Grussa said it was also concerning the volunteers wouldn’t know whether their application for the firetruck would be approved until July.

“I find it hard to comprehend the Minister last month spruiking the government had found $2.5 million to help a Perth-based company shift services to Collie to build firetrucks when there was already a company in town doing the job,” he said.

“That money would cover five new heavy duty firefighting appliances across the State.

“This State Government also shouldn’t choose to leave rural communities in danger while gloating about its $2.6 billion surplus, partly helped by pillaging the Royalties for Regions program.

“It is well overdue for metro Mark McGowan to start listening to the concerns of our loyal and brave bushfire volunteers and back them with the equipment they desperately need to protect our regional communities.”