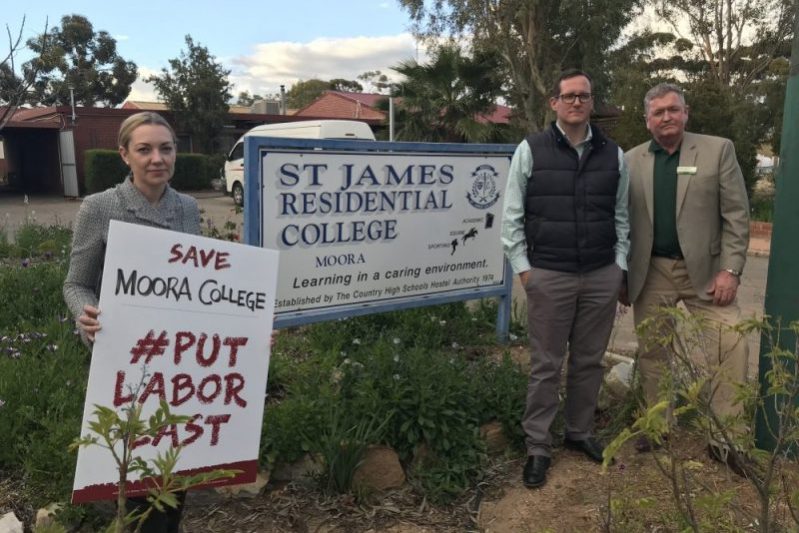 A funding agreement between Federal and State governments for the Moora Residential College redevelopment is expected to be finalized within the next month, according to Moore MP, Shane Love MLA.

The Federal Liberal-National Government announced $8.7 million funding to redevelop the Moora College on 4 September 2018, ending a 9 month community campaign to save the residential facility attached to Central Midlands Senior High School in Moora.

Among $40 million worth of education cuts announced by Labor 12 months ago that had not been overturned, the Moora College was due to close at the end of December 2018, had it not been for the Federal Government intervention.

Mr Love has written to Deputy Prime Minister and Minister for Infrastructure, Transport and Regional Development, Hon Michael McCormack twice in a bid to secure the funding, following the Federal Government announcement.

“In correspondence just received, Minister McCormack has advised that the Department of Infrastructure, Regional Development and Cities will be negotiating a Deed of Agreement with the WA Department of Education,” Mr Love said.

“This Federal Department has completed an assessment of the project following information submitted by the state Department of Education in October.

“Minister McCormack said negotiations for the Deed of Agreement will commence shortly and an agreement between the Federal and State departments was expected to be finalized within the next month.”

The Moora Residential College redevelopment is to be funded under the Federal government’s Community Development Grants Program.