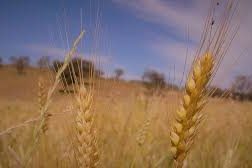 The Nationals WA are calling on the Minister for Agriculture to refer the Agricultural Produce Commission Amendment Bill 2019 to the Legislative Council Standing Committee on Legislation.

Agriculture spokesperson Colin de Grussa said the Minister’s introduction of the Bill earlier this month was premature and further consultation with industry was required.

“The Bill introduces a raft of changes that many segments of the industry, particularly intensive horticulture, fruit growers and meat producers, have been calling on for some time,” he said.

“However the Minister has not done the groundwork with parts of the sector that will be impacted by a proposal to include broadacre cropping in the legislative framework – an aspect that has proved most contentious.”

Mr de Grussa said referring the Bill to the Legislation Committee would allow a thorough inquiry into how the changes would impact all aspects of industry, as well as opening up a more thorough consultative process.

“We have had feedback from the broadacre sector that the Minister hasn’t conducted enough consultation and in some cases, groups have claimed they were not consulted at all,” he said.

“We also understand several industry segments already covered by the legislation are keen for changes to progress and have questions to ask, but their voices are being drowned out by the debate over the broadacre inclusion aspect.

“The Minister has botched this process and in my view the only option is for a bipartisan Parliamentary Committee to review the policy and structure of the Bill to make sure we get a solid outcome.”

Mr de Grussa said he and his colleagues had sought feedback from all groups covered by the existing legislation as well as meeting with WAFarmers, PGA, the APC Commissioner and speaking to several other broadacre-based organisations to collate their views.

Leader of The Nationals WA Mia Davies said the current stalemate could have been avoided if the Minister had taken a different approach to the introduction of the Bill.

“We saw a similar result last year when the Minister introduced the Animal Welfare Amendment Bill without enough time for the bill to be properly prepared and failed to sufficiently consult with industry,” she said.

“The best option now is for the Minister to refer the APC Amendment Bill 2019 to the Legislation Committee herself.

“Unless this occurs the most contentious aspects of the Bill will continue to be used as political footballs, fuelling division between major farm lobby groups and confusion in the broader sector.

“It’s unfortunate that it has come to this point but The Nationals WA believe this is a pragmatic and sensible approach to making sure the policy of the Bill is considered appropriately.”