You are here:
Press ReleasesUncategorized 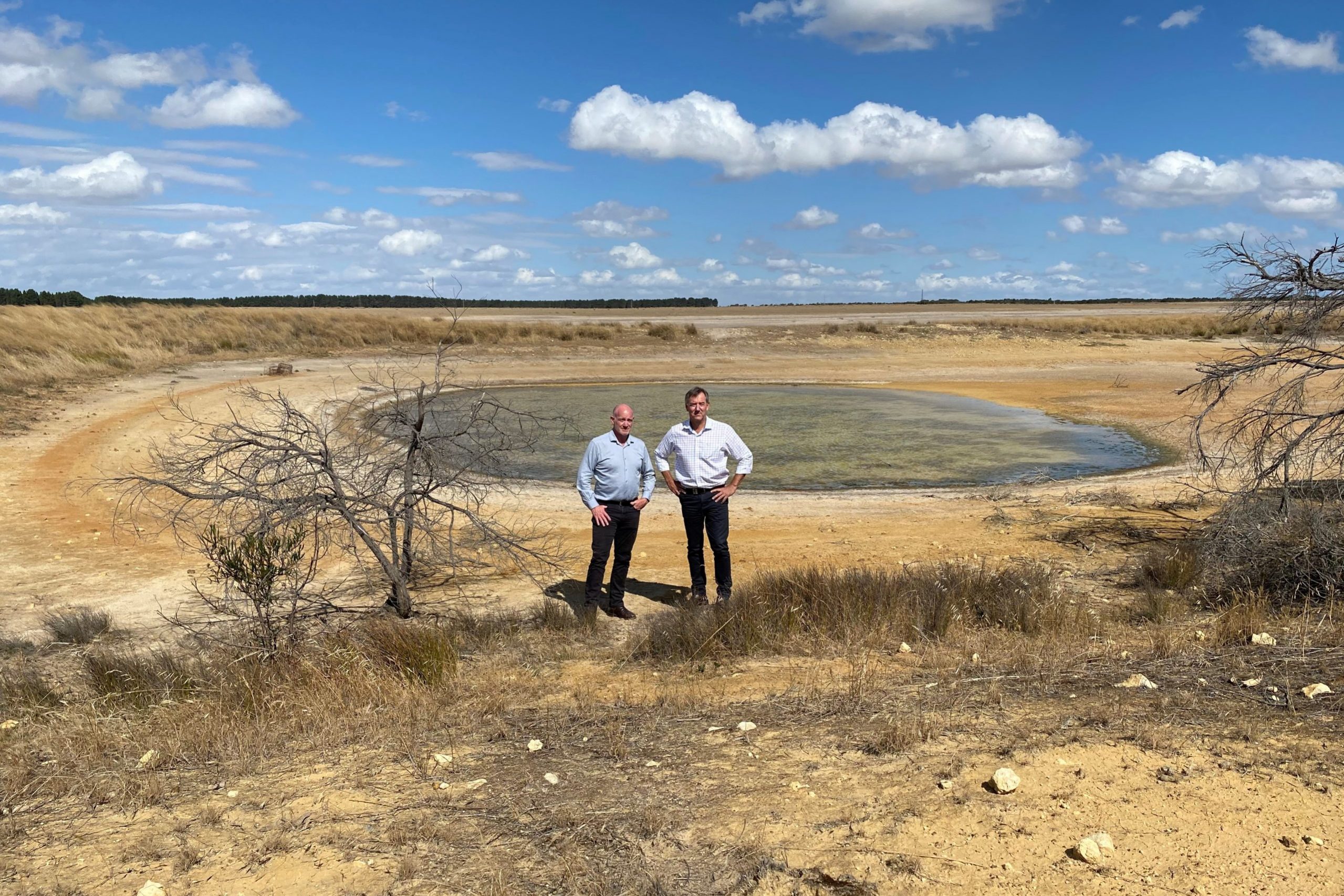 The Nationals WA have pledged to immediately reintroduce the Farm and Pastoral Water Rebate scheme if returned to Government at the State election.

“This short-sightedness by the Labor Government has left communities that most need support – including farmers in the Great Southern and pastoralists in the Southern Rangelands – deprived of a key tool in their arsenal to address water deficiencies.”

The Farm Water Rebate reimburses 50 per cent of costs (up to $20,000) for applicants to improve water collection or supply works such as tanks, troughs and pipes, catchment areas, dam cleaning, desalination, underground water identification and bore drilling.

The Pastoral Water Grants will provide up to $20,000 to assist pastoralists identify and develop alternative water points, reduce grazing pressure and improve water infrastructure such as pumps, troughs and pipes.

“These water security programs were well utilised yet the Labor Government slashed the funding and refused to bring it back,” Ms Davies said.

Ms Davies said there had been a strong push from the community to reinstate the funding ever since they were cut by Labor in 2018.

“Off the back of Labor’s funding cuts, regional WA has seen a record 12 areas declared water deficient since May 2019, resulting in millions of dollars being spent carting water,” she said.

“Despite repeated calls to reintroduce the scheme and give farmers a crucial fund to address water security challenges, the Labor Government has stubbornly refused to bring these schemes back.

“The Nationals WA recognise the value of WA’s $10 billion agricultural sector and we are pleased to commit $20 million to restore the Farm Water Rebate Scheme and Pastoral Water Grants Scheme.”