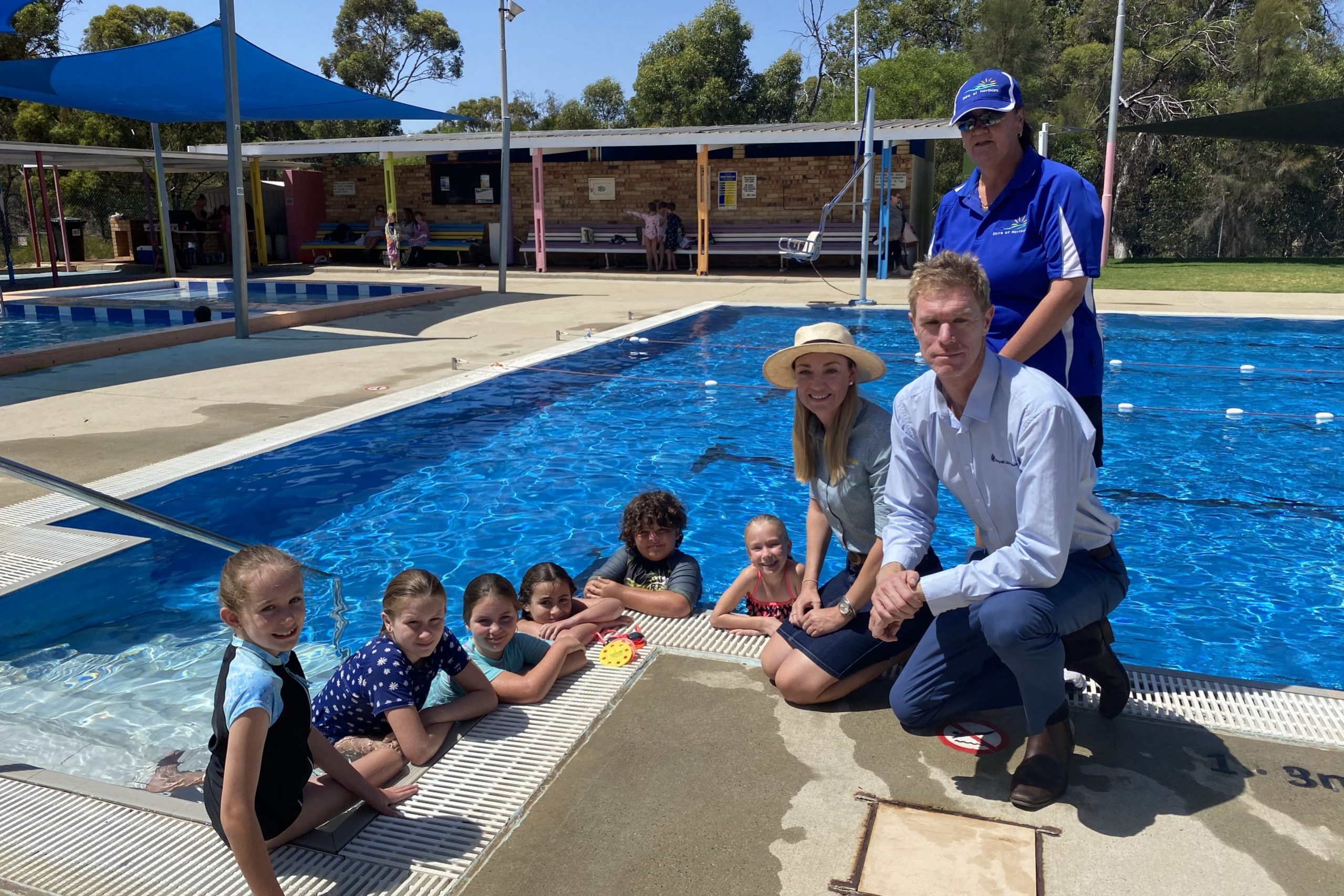 The Nationals WA will make VacSwim free for children and families in regional WA and expand the program to more locations if returned to Government next year.

Leader Mia Davies said the policy was developed with the support of Royal Life Saving WA and was partly aimed to help reduce drownings in regional areas.

“The National Drowning Report 2019 found people in regional and remote areas are 2.3 times more likely to drown than those in the metropolitan area,” Ms Davies said.

“More can be done to ensure children in regional WA have a chance to participate in basic swimming and water safety education.”

Ms Davies, who announced the policy at Wundowie Swimming Pool, said The Nationals WA would commit $5 million from Royalties for Regions over five years in an effort to double regional VacSwim enrolments and expand the program from its existing 108 sites across the State.

“We are setting an ambitious target of increasing enrolment from 17,000 participants to 34,000 while also providing financial support to Royal Life Saving WA to train more swimming instructors and identify additional locations for VacSwim programs to roll out,” she said.

“By reducing financial and geographic barriers to participation in VacSwim – be it five, eight or 10-day courses – we can give more children the ability to safely enjoy our waterways for fun, fitness and health.”

Ms Davies said there were 80,000 regional children aged between 5 and 15 years old eligible to participate in VacSwim each year, however, less than a quarter of those took lessons.

Although drowning rates in regional WA have improved since 2016-17, Ms Davies said it was important to aim for no deaths.

Education spokesperson Peter Rundle said VacSwim was vitally important for regional WA and catered to some at the highest risk in regional communities.

“Under the McGowan Government, costs for VacSwim have increased by more than 120 per cent, and Labor threatened to remove programs from several regional communities without consultation.

“The Nationals WA know the importance of VacSwim and will rebuild and strengthen the program so regional families can continue to benefit from access to swimming lessons for years to come.”