No more delay for much needed coastal inundation funding 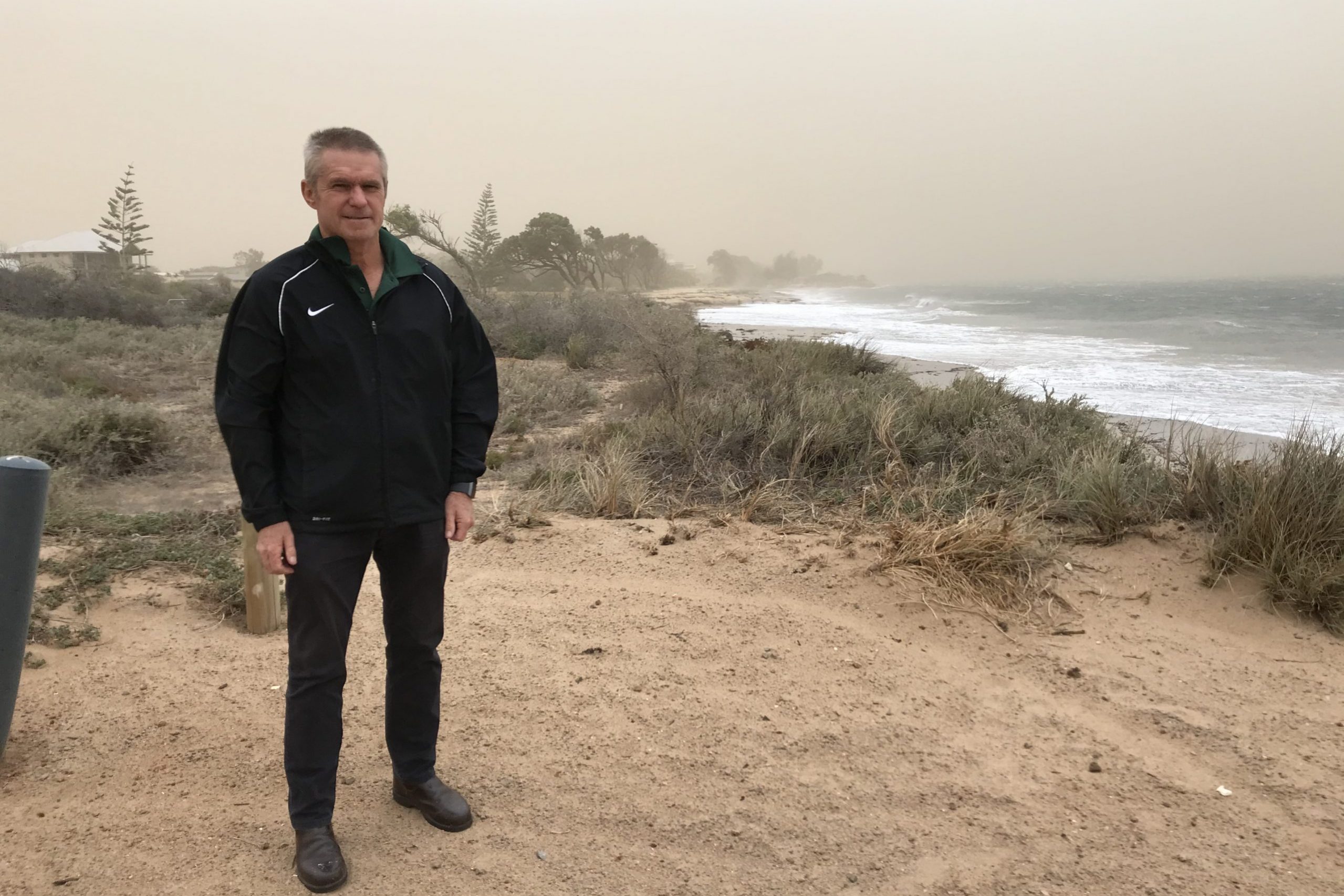 Member for Geraldton Ian Blayney has called on the State Government to prioritise much-needed funding to tackle coastal erosion in and around the city.

After witnessing the impacts of the storm that raged through the Mid West last weekend, Mr Blayney noted there was more damage to the Geraldton coast line and that infrastructure was now at risk of soon falling into the ocean.

In Parliament Mr Blayney asked the Minister for Planning for an update on funding sought for two hotspots – Drummond’s Cove and Sunset Beach, both of which were identified as coastal erosion hotspots in WA in a report released last year.

“Events over the weekend have highlighted just how vital it is to secure funding for these projects now,” Mr Blayney said.

“Geraldton residents cannot afford to have their homes destroyed by coastal inundation and residents and businesses can’t afford to be impacted by the damage to crucial local and WA government infrastructure when it can be prevented by state intervention.

“Protection works carried out at Beresford over the last few years held up well during the storm which shows the success of the funding contributed by the previous Liberal National Government to the problem in Geraldton.

“It’s time the Labor Government start to show a similar level of commitment when it comes to tackling coastal erosion in Geraldton rather than negligently burying its head in the sand.”

Mr Blayney also made reference to the City of Greater Geraldton’s tireless dedication towards finding solutions for coastal erosion as well as ensuring as much money as possible is allocated in their budget for improving hotspots such as Drummonds Cove and Sunset Beach.

“The City has been expending over 30 per cent of its annual new capital works program funds on coastal erosion over the last three years but this funding on its own is not enough to complete the works outlined in the CHRMAP report,” Mr Blayney said.

“It’s imperative the state Government step in to provide much needed support to ensure necessary measures are implemented, helping prevent further deterioration of our pristine shoreline and community assets.

“I acknowledge Minister Saffioti’s pledge to form a State Commonwealth Partnership Deal to tackle coastal erosion throughout the State, but I call on the Government to ensure this happens sooner rather than later.

“With the findings of the coastal erosion hotspot report being released last year, I’m disappointed that the Minister could not offer more detail around what funding for coastal inundation is being considered in this year’s budget.”