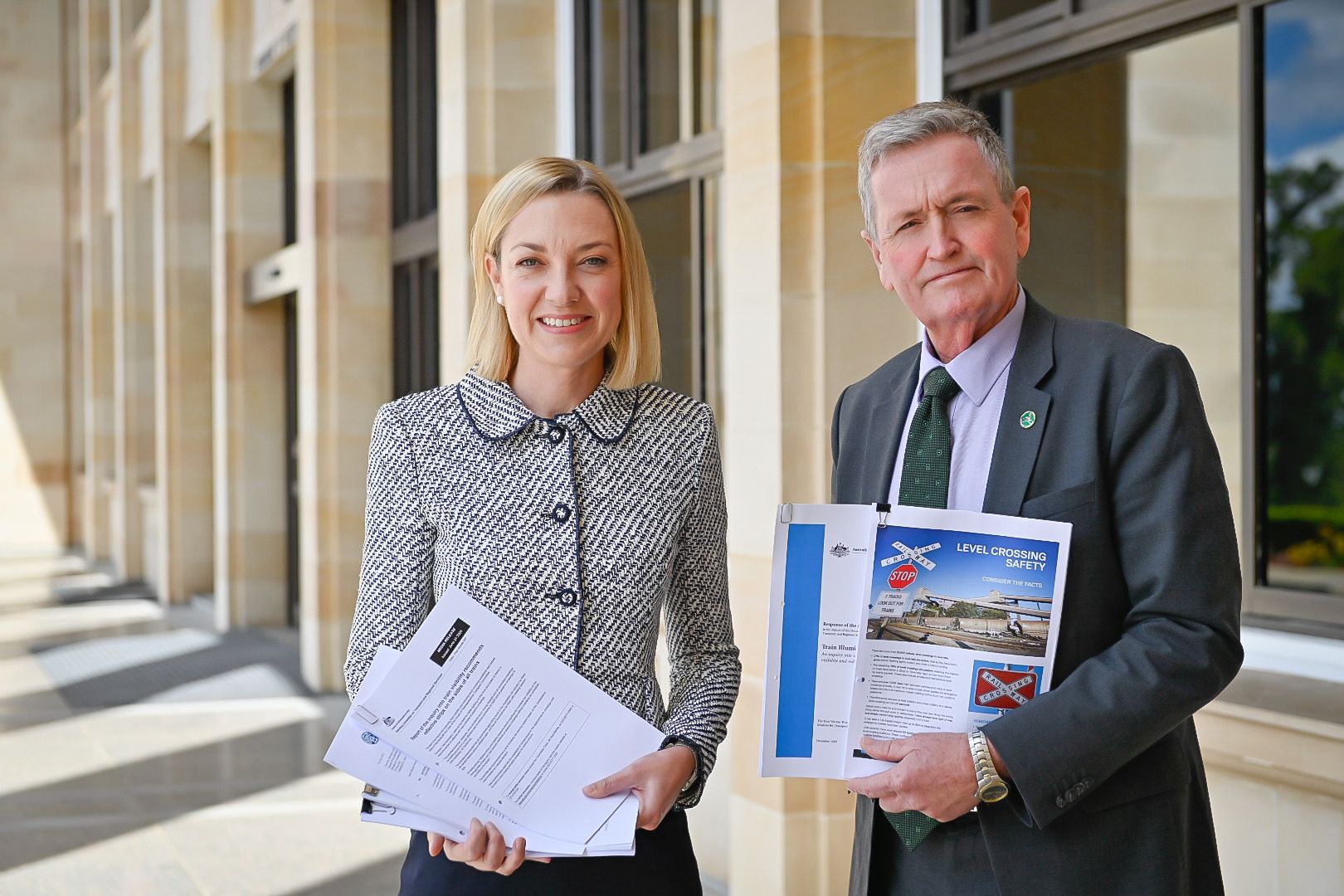 The Opposition has welcomed the Minister for Transport’s agreement to investigate improving the safety of passive rail crossings in regional WA, following campaigning by rural families.

Leader of the Opposition Mia Davies moved a motion in Parliament this week calling on the State Government to invest in initiatives to increase safety at passive rail crossings in WA.

Ms Davies told Parliament that for over 20 years, four Wheatbelt families have mourned the loss of their loved ones after horrific accidents at passive rail crossings.

“Drugs, alcohol or speed were not factors in the crashes that claimed the young lives of Christian Jensen, Jess Broad, Hillary Smith, or Amanda Dempster, their deaths were entirely preventable,” Ms Davies said.

“They simply did not see the train, and there was no warning or signage to alert them a train was on its way – but this can and should be changed.

“It’s time we acted to ensure no other families have to experience the same loss and grief.”

Ms Davies said the request from the families was simple and could be achieved with co-operation between industry, State and Federal Government.

Ms Davies said she was heartened the Minister for Transport recognised the importance of this issue and pledged to investigate the grieving families’ three requests to improve passive rail crossings at a State Government level.

“I thank the Minister for Transport for taking the issue on and agreeing to investigate how the State could support the request from the families,” she said.

“In a perfect world, there would be co-operation between the State and Commonwealth to make changes to the regulatory regime to ensure lighting is required on trains and carriages, and funds to upgrade warning lights at the crossings.

“We do not live in a perfect world, but this is the perfect opportunity to ensure no-one else has to experience the grief felt by these families over the past two decades.”

“I met with the families at the Yarramony rail crossing earlier this year and since then, we committed to working with them to make the case for change,” Mr Love said.

“This acknowledgement by the Minister for Transport that improvements must be made has been another positive move towards creating safer rail crossings across regional WA.”