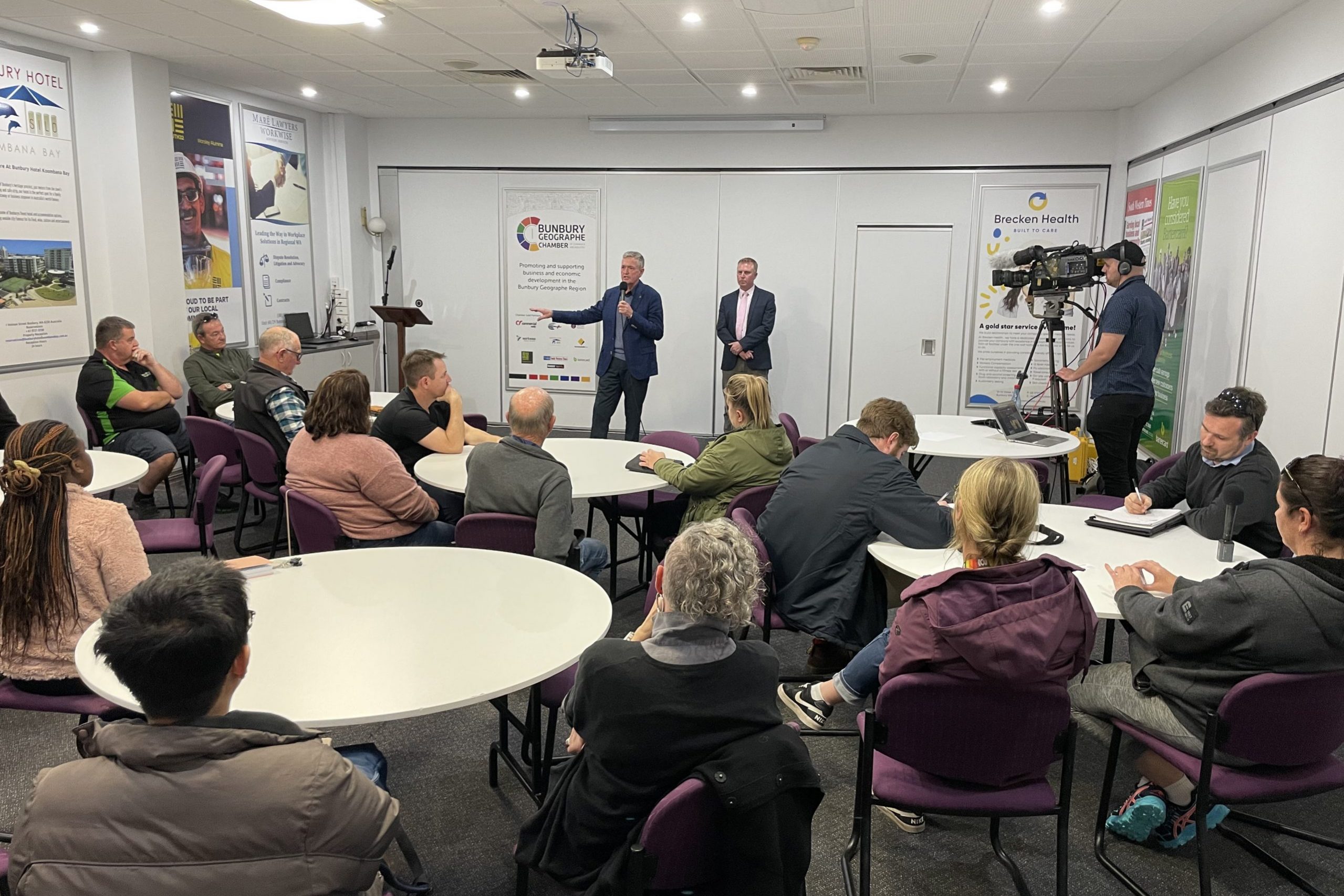 The State Government has been called on to urgently intervene to resolve resourcing and drivers test failure rates at the Bunbury Department of Transport following a public meeting of concerned parents, students and driving instructors on Monday night.

People expressed frustration at the meeting, saying the system was “in crisis” with up to 12 week delays, high failure rates, with some students failing multiples times, and assessors lacking time to give feedback.

Nationals WA South West MLC James Hayward and Shadow Transport Minister Shane Love MLA called the meeting after concerned continued to mount in the community about the issue and a lack of response from the State Government.

“Parents all had the same stories, telling of the angst and distress this was causing their families, saying it was soul destroying for their children who were continuously failing tests,” Mr Hayward said.

“This is being exacerbated by young people being forced to take time off work again and again to sit tests and parents needing to drive them to and from work every day.

“They are totally bewildered by the constant failures when driving instructors have said young people are ready to sit their tests but are failed time and time again.”

Mr Hayward said the Minister for Transport’s response to send a temporary driving instructor to Bunbury had failed to address the real issues and called on her to immediately allocate an additional three assessors to Bunbury.

“It is clear that there is something fundamentally wrong with a system when so many are failing,” Mr Hayward said.

“This system is not geared to help young people succeed and I call on the State Government and the Member for Bunbury, who is now a Minister in the Government, to urgently intervene and address these very serious issues.”

Mr Hayward said a driving instructor from Kalgoorlie told the meeting of her surprise that there were just three assessors in Bunbury while Kalgoorlie had three assessors for a much smaller population, who spent time giving feedback to students and had lower failure rates.

Hayward calls for installation of cameras in cars
26 July 2021
Keep up to date!
Keep up to date with The Nationals WA on Facebook and Twitter, and don’t forget to share us with your friends.
Recent Posts
Archives
Go to Top