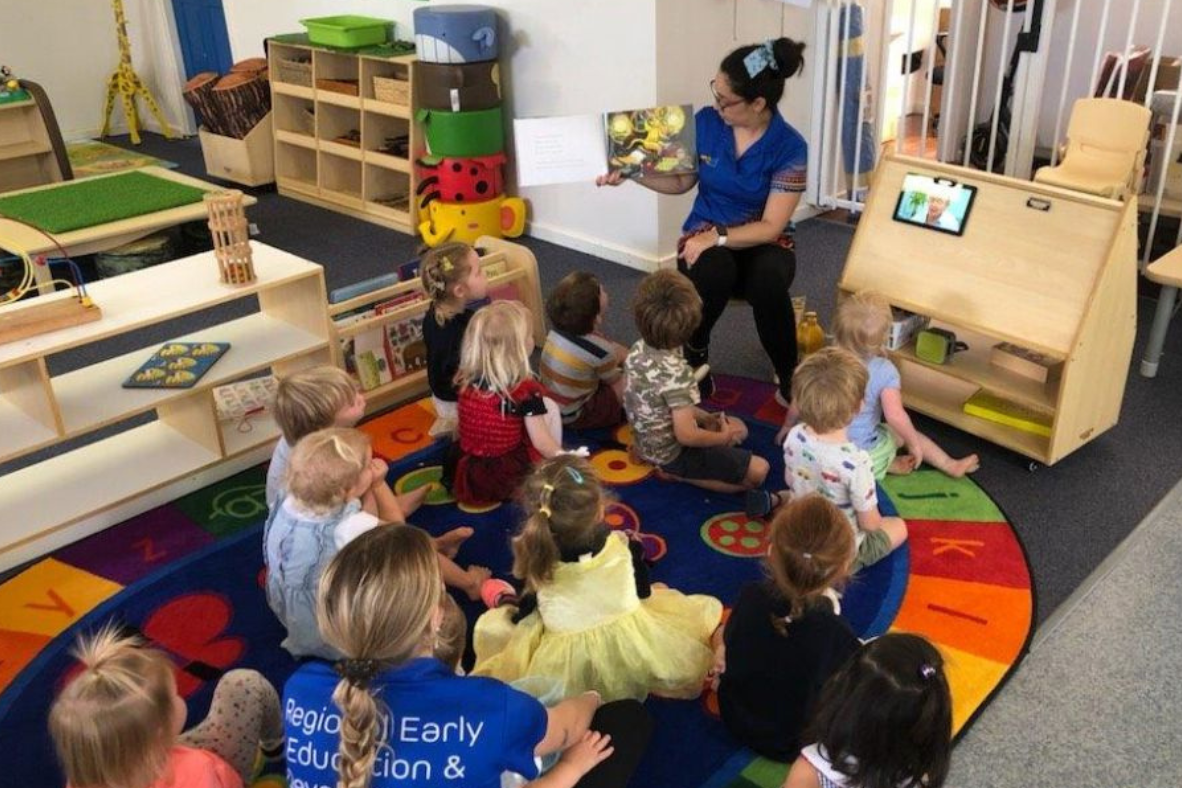 Ms Davies said the recipients, who work in the REED network of early childhood centres across the Wheatbelt, Mid-West and Great Southern, were providing outstanding care and education, furthering their own education, and supporting women and families to participate in the workforce.

“It was a great celebration and I congratulate each and every person that takes on these roles in our communities across the region,” Ms Davies said.

The Jill Cameron Educator of the Year Award was awarded to Paige Keatley in honour of Jill Cameron, who has been instrumental in the success of REED.

Jill Cameron was also recognised for her contribution to REED for over more than a decade.

“At a time when the provision of sustainable childcare services in the Wheatbelt and regions was at risk of collapse, Jill and her team worked tirelessly with volunteers to develop a new model of delivery for our small towns and centres,” Ms Davies said.

“It has been a pleasure to be a part of that journey and it was a privilege to recognise Jill’s contribution in front of her peers at the Conference.”

Ms Davies said the cluster model now operates across the Wheatbelt, Mid-West and Great Southern and is designed to reduce the pressure on volunteer committees and local Shires navigating the complex regulatory environment of early childhood education.

“It is a not-for-profit organisation that has been grown in the Wheatbelt, providing employment pathways for people who live and work in the regions, and an essential service for families and communities,” Ms Davies said.

“It was a delight to see a room filled with educators passionate about providing the best service, dedicated to extending their qualifications and building networks across the regions.”

The five awards that were announced at the Conference dinner included: