Do you want to see cheaper airfares in regional WA? Download a copy of our petition , help us collect signatures, and then send the completed petition back to Vince Catania, PO 1000 Carnarvon WA 6701.

Flights from Perth to regional WA locations are among the most expensive in the world, according to new analysis by The Nationals WA.

A recent Senate inquiry revealed Australia as the 12th most-expensive country to fly in, at $42 per 100km.

Yet when you drill down further, air routes to regional destinations in WA are far more expensive. Analysis by The Nationals WA shows a flight from Karratha to Perth costs passengers an eye-watering $64 per 100km, while Albany ($59), Geraldton ($52) and Exmouth ($51) are similarly exorbitant.

The McGowan Labor Government made an election promise to lower regional airfares, but instead have just cherry-picked popular destinations like Broome and used taxpayer dollars to give Perth residents a cheap holiday option.

Regional families, businesses and communities are frustrated, exhausted, and financially worse off as a result of inquiry after inquiry which have failed to deliver.

The Nationals WA have called on the McGowan Labor Government to take action on the matter and stop hiding behind inquiries and reports. 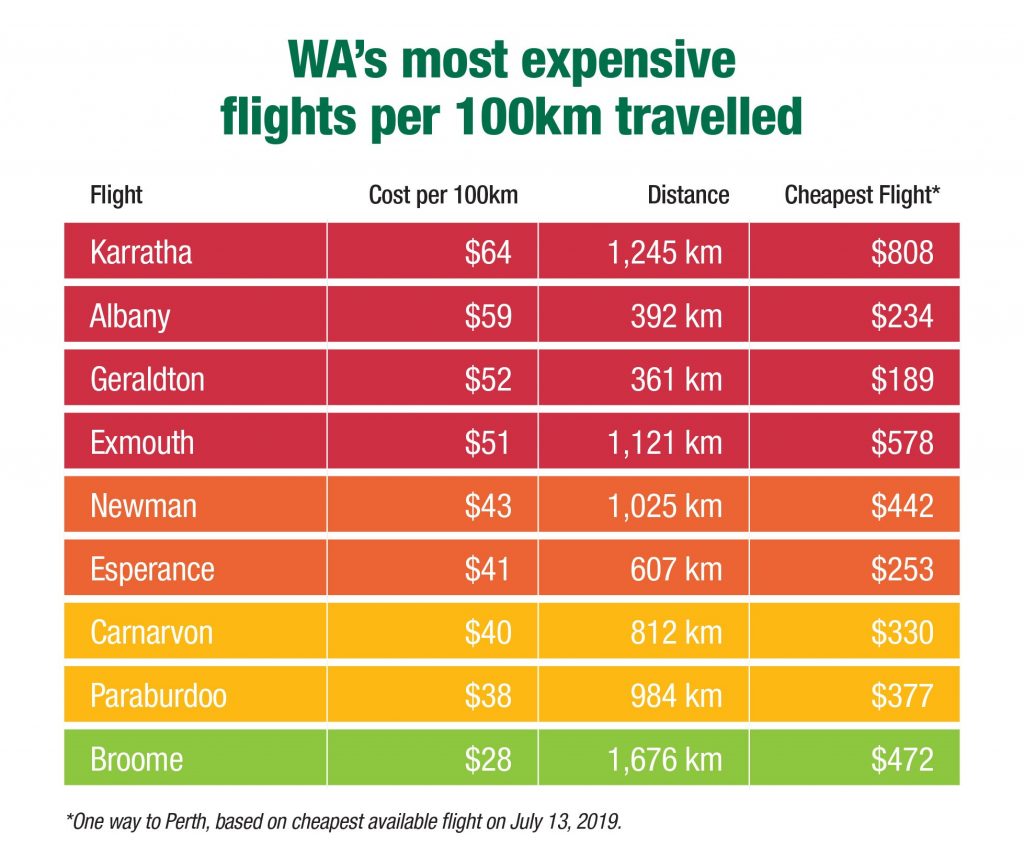 Keep up to date!
Keep up to date with The Nationals WA on Facebook and Twitter, and don’t forget to share us with your friends.
Recent Posts
Archives
Go to Top