Rowena Olsen rolls up sleeves for Goldfields ahead of March 2021 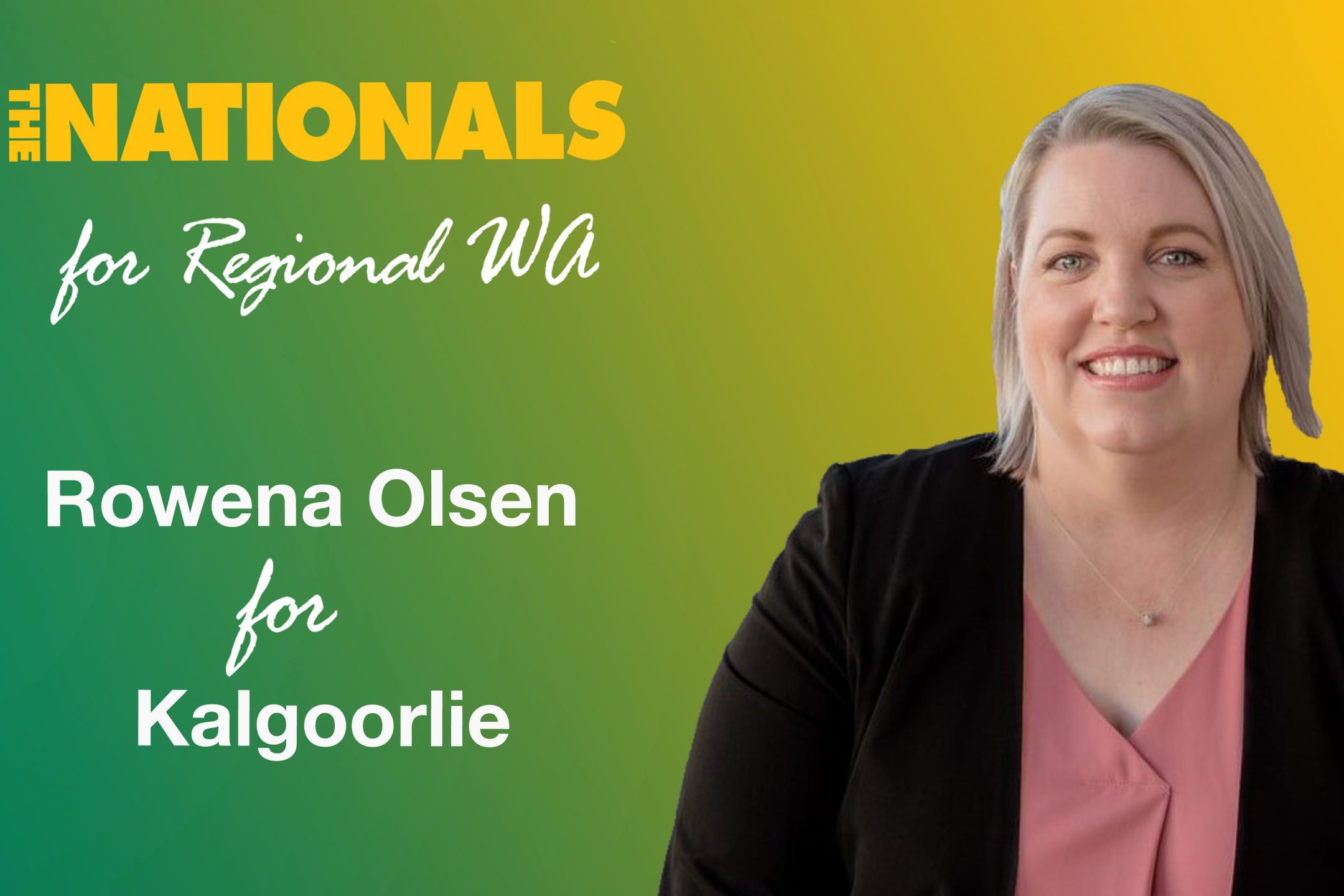 Rowena Olsen was endorsed by the Party’s State Council over the weekend as The Nationals WA candidate for Kalgoorlie.

Leader Mia Davies said Mrs Olsen was a passionate advocate for the Goldfields and brought diverse experience to the party, including a background working in the resources and mining sector.

“Rowena is a local champion and female leader who understands her community,” Ms Davies said.

“She has experience and involvement in organisations from the grass roots level right up to those with regional oversight and is always keen to play an active role in decision making.

“Her resources sector experience and ability to link industry and community make her a valuable addition to our team.”

Olsen lives with her husband and two school-aged daughters in Kalgoorlie, where she is involved in local sporting clubs and community groups.

She volunteers her time as a committee member for several organisations, including Regional Development Australia Goldfields Esperance, a junior netball club, her children’s primary school board and is a member of the Kalgoorlie Women in Mining Committee.

Mrs Olsen said she and her family loved the Goldfields and all it has to offer.

“The Goldfields is full of opportunity but we also face some serious challenges,” she said.

“There are hundreds of unfilled jobs in the region and despite close to $18 billion being generated in the Goldfields, much of that wealth is not reinvested back here where it belongs.

“I’m determined to help The Nationals WA restore Royalties for Regions and get much-needed funds flowing back to the regions that generate those dollars.

“I look forward to working with Mia and her team and putting priorities of the Goldfields high on the agenda.”

Party President Steve Blyth said The Nationals WA were the only Party with true regional development credentials and welcomed Mrs Olsen to the team.

“Rowena wants Goldfields residents, businesses and industry to have the same opportunities as their city cousins,” he said.

“She understands why regional WA matters and she’s prepared to fight for it.”