Subbies take Pindan concerns to the steps of Parliament 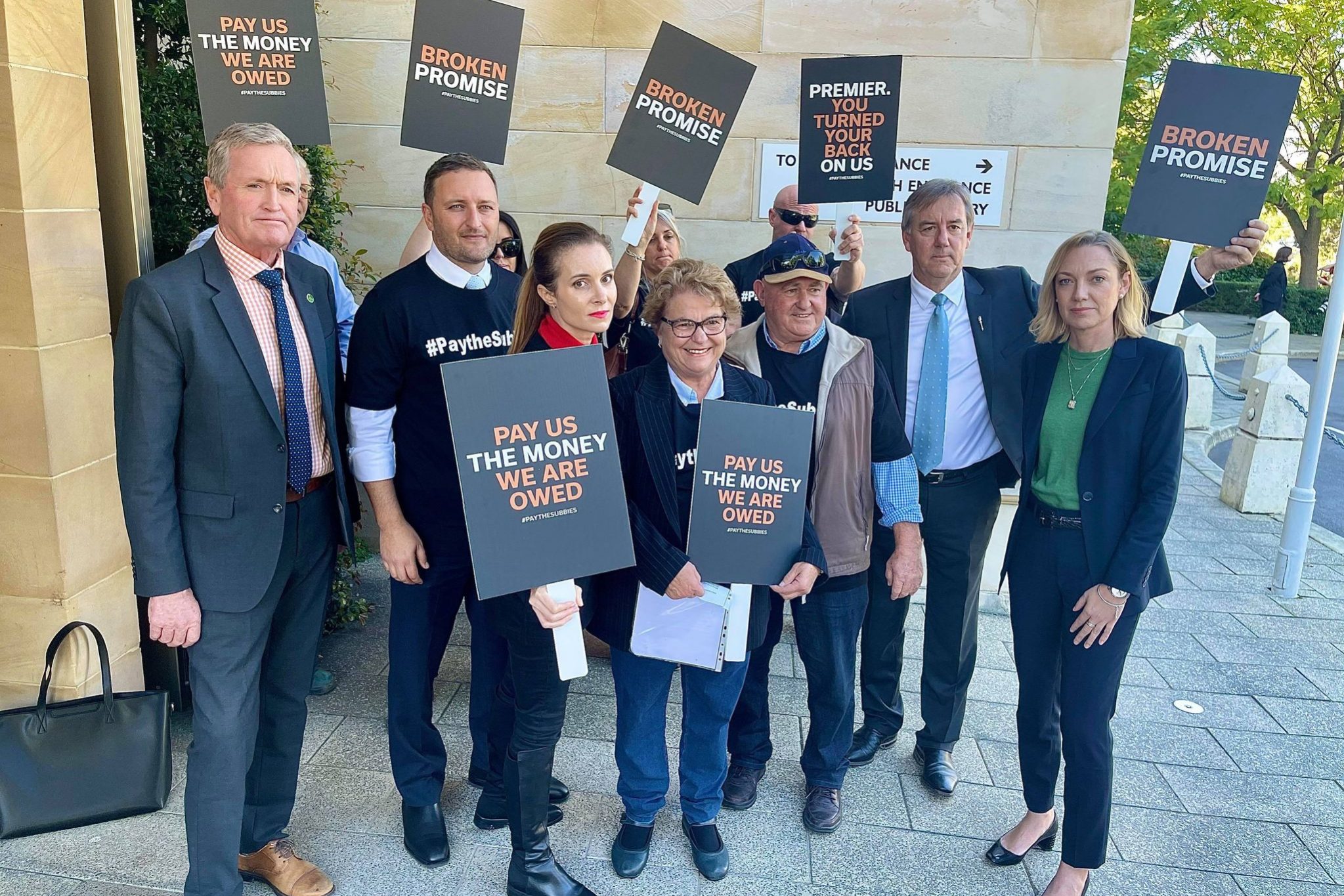 The Opposition hosted unpaid Pindan Group subcontractors at Parliament House today, providing them with a forum to share their stories with the Labor Government and media.

Opposition Leader Mia Davies said it was disappointing the Government were ignoring the concerns of subcontractors who had lost tens of thousands of dollars from the Pindan collapse.

“The Pindan Group collapse has highlighted a litany of failures by the State Government who have dragged their heels on delivering long-promised protections for subcontractors,” Ms Davies said.

“Hundreds of subbies, small businesses, staff and families are being left out of pocket because Labor failed to introduce or prioritise this important legislation.”

Shadow Minister for Commerce Vince Catania said the Opposition was concerned cascading trusts were not included in Labor’s Building and Construction Industry (Security of Payments) Bill 2021.

“There has been a push from subcontractors and legal experts to include cascading trusts in the legislation, which would quarantine payments for subbies in the event of the head contractor becoming insolvent,” Mr Catania said.

“Without a cascading trusts provision, subbies risk losing out again the next time a major construction company goes under.”

The Government failed to answer questions in Parliament this week on when they became aware of insolvency concerns with Pindan Group or why the cascading trusts clause had been removed.

“Subbies, legal experts like John Fiocco and even the Federal Labor Party all support cascading trusts, yet the State Government refuses to stand up for the tradies powering WA’s construction boom and ensure they are protected into the future,” Mr Catania said.

Several subcontractors shared their stories with the media, including Helen and Colin from Muldoon Tiles.

“Helen and Colin’s emotional story of losing their home and hundreds of thousands of dollars during the Cooper & Oxley collapse was a stark reminder of the conditions subcontractors continue to face,” Mr Catania said.

“I call on the State Government to do the right thing and pay subcontractors who have worked on Government projects what they are owed.”