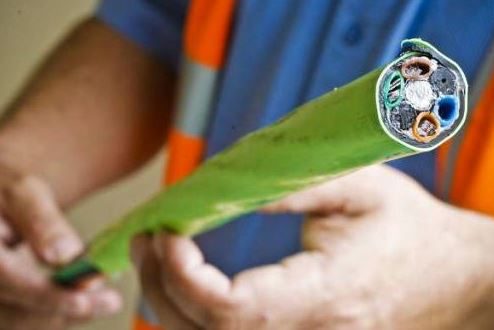 Telstra will strive to improve the connectivity of its network in the north of WA after concerns raised by The Nationals WA spokesperson for Regional Cities Ian Blayney.

The telecommunication link between the Pilbara and Kimberley was recently disrupted when a fibre optic cable was inadvertently severed. This affected predominantly 3G and 4G services from Port Hedland to Kununurra, although there was some impact on landlines and ADSL.

Mr Blayney wrote to Federal Communications Minister Paul Fletcher to bring the matter to his attention and asked what measures can be put in place to prevent another disruption if a similar event occurs.

“The Minister’s office has responded to my letter and acknowledged there is only one fibre cable, containing 16 fibres, that services the region between South Hedland and Kununurra,” he said.

“While the cable provides system redundancy for multiple transmission paths, it is a single point of failure if the whole cable is damaged as happened in this instance.”

Mr Blayney said this incident had a serious impact on businesses and travellers in the North West, as most people carry minimal amounts of cash and rely on being able to use credit or debit cards for transactions.

“I’m informed Telstra has completed a review of this incident to determine what can be done to prevent such a loss of connectivity happening again, and that as a result, Telstra is undertaking upgrade and remediation work in northern WA to increase infrastructure diversity and support better resilience in the area,” he said.

This work, expected to be completed this financial year, includes deploying a new Internet Grade Transport feature and rearranging mobile protection paths in an effort to diversify the network and reduce the likelihood and scale of this sort of incident occurring again.

This work should be completed in the 2019-20 financial year.

“I will continue to monitor this matter to ensure the upgrades to Telstra’s network proceed as outlined and that importance of the security of telecommunications and connectivity in northern WA is not overlooked into the future,” Mr Blayney, also the Member for Geraldton, said.

“I encourage Pilbara and Kimberley local governments and businesses affected by the disruption to contact me with their concerns and feedback.”

Member for Mining and Pastoral Region Hon Jacqui Boydell said the loss of communications services between the regions was a major concern.

“The Pilbara is the engine room of the economy with growing agricultural and business links in the Kimberley so communication between the areas is essential to doing business,” Ms Boydell said.