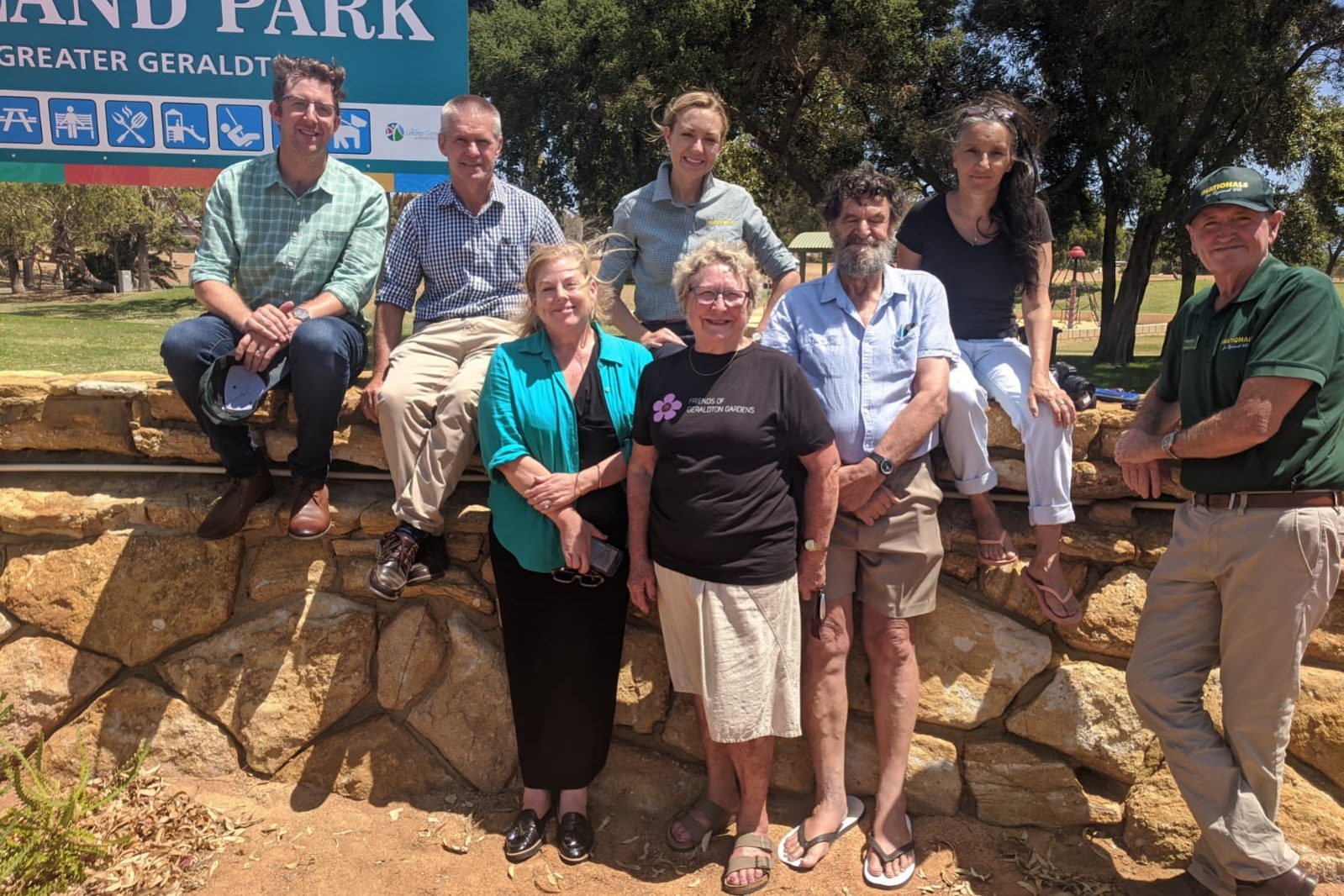 Member for Geraldton Ian Blayney has today announced he would commit $100,000 to support Friends of Geraldton Gardens (FroGGs) to deliver a staged transformation of Geraldton Botanic Garden should The Nationals WA form Government at the State election in March.

Mr Blayney said Stage one of the Botanic Garden Master Plan began last year when FroGGs replaced shrubs at the entry wall with a variety of native plants and wildflowers, but the organisation requires more funding to ensure the project can continue to grow.

“Now that the entry wall is completed, FroGGs are starting to plan for the next few stages of the project which will require a funding source,” Mr Blayney said.

“Despite receiving a grant from the City as well as Federal funding, the group were knocked back from the Midwest Development Commission upon their application for a RED grant which has slowed the momentum of the project.

“Our small community groups who work hard to make Geraldton a better place to live deserve our support which is why I pushed for this project to be a priority during policy discussions.

“The Nationals WA recognise the potential in this project to not only develop the vibrancy of Geraldton, but to also boost the economy as a tourist hot spot once the final stage is complete.

“Should The Nationals return to Government in March, we will commit $100,000 towards the development of the garden, which in turn will develop the vitality of the Mid West region and support sustainable tourism opportunities into the future.

Having met with members of FroGGs last year, Mr Blayney has applauded the organisation for their hard work and dedication towards the project and is inspired by their passion to ensure the completed project comes to fruition.

“I have always been pleased to support FroGGs and their passion towards making Geraldton the best place to live, work and raise a family,” Mr Blayney said.

“Once the staged project is complete, it will include a children’s’ play area, an educational building and onsite parking as well as multiple garden sites, which is excellent use of public open space.

“Having been involved with the development of this project since it started in 2015, it’s fantastic to see the group, the plan and the project grow from strength to strength.

“Ensuring Geraldton continues to develop its vitality as well as its tourism prospects has always been a priority for me and I look forward to working with FroGGs and other committed local organisations should I be re-elected in March,” Mr Blayney said.