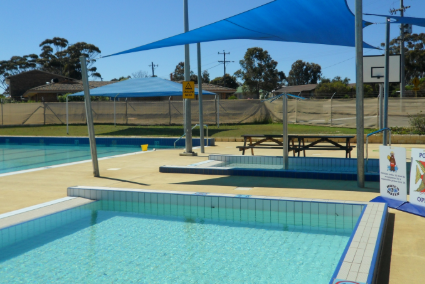 The Nationals WA have warned the McGowan Labor Government is putting young lives at risk by limiting access to important VacSwim programs for many regional families.

After questioning in State Parliament by Leader Mia Davies, the State Government confirmed 11 communities would miss out on their regular VacSwim program this summer. Families will be forced to make 100km round trips to access lessons in neighbouring towns.

Ms Davies said the reduction in VacSwim locations was in addition to the McGowan Government’s cruel decision to increase participation fees by 122 per cent.

“It’s a double blow to families wanting to access VacSwim this summer, compounded by the National Drowning Report 2019 released last week, which concluded people in regional and remote areas are 2.3 times more likely to drown than those in metropolitan areas,” Ms Davies said.

“In Parliament we had the Minister for Sport stressing the importance of enrolling children in lifesaving programs, yet on the other hand the Education Minister is making it tougher for some regional families to access VacSwim.

“The McGowan Government’s mixed messaging is going to leave regional families out of pocket through fee hikes and transport costs and limit young people’s exposure to valuable aquatic education.”

The Country Early Start Program has been cancelled completely, meaning there’s no option for lessons between the end of school term four and Christmas.

Compounding this, parents in Beverley, Brookton, Eneabba, Kellerberrin, Koorda, Morawa, Nungarin, Quairading, Three Springs, Wickepin and Williams have been told they will need to travel to other towns for their children to participate in VacSwim’s set of programs in January.

Nationals WA spokesperson for education, sport and recreation Peter Rundle said the cancellations were another example of the McGowan Government showing no respect for regional education.

“VacSwim cost increases implemented this year were announced in late 2017 as part of the cruel suite of education cuts that included shutting down the Schools of the Air, Moora Residential College and raiding the Agricultural Education Farm Provisions Trust,” he said.

“The department consulted no-one about the change leaving families scrambling to find alternatives.

“Given figures released in the National Drowning Report 2019, it is particularly disappointing that some families will be unable to access these lessons.”