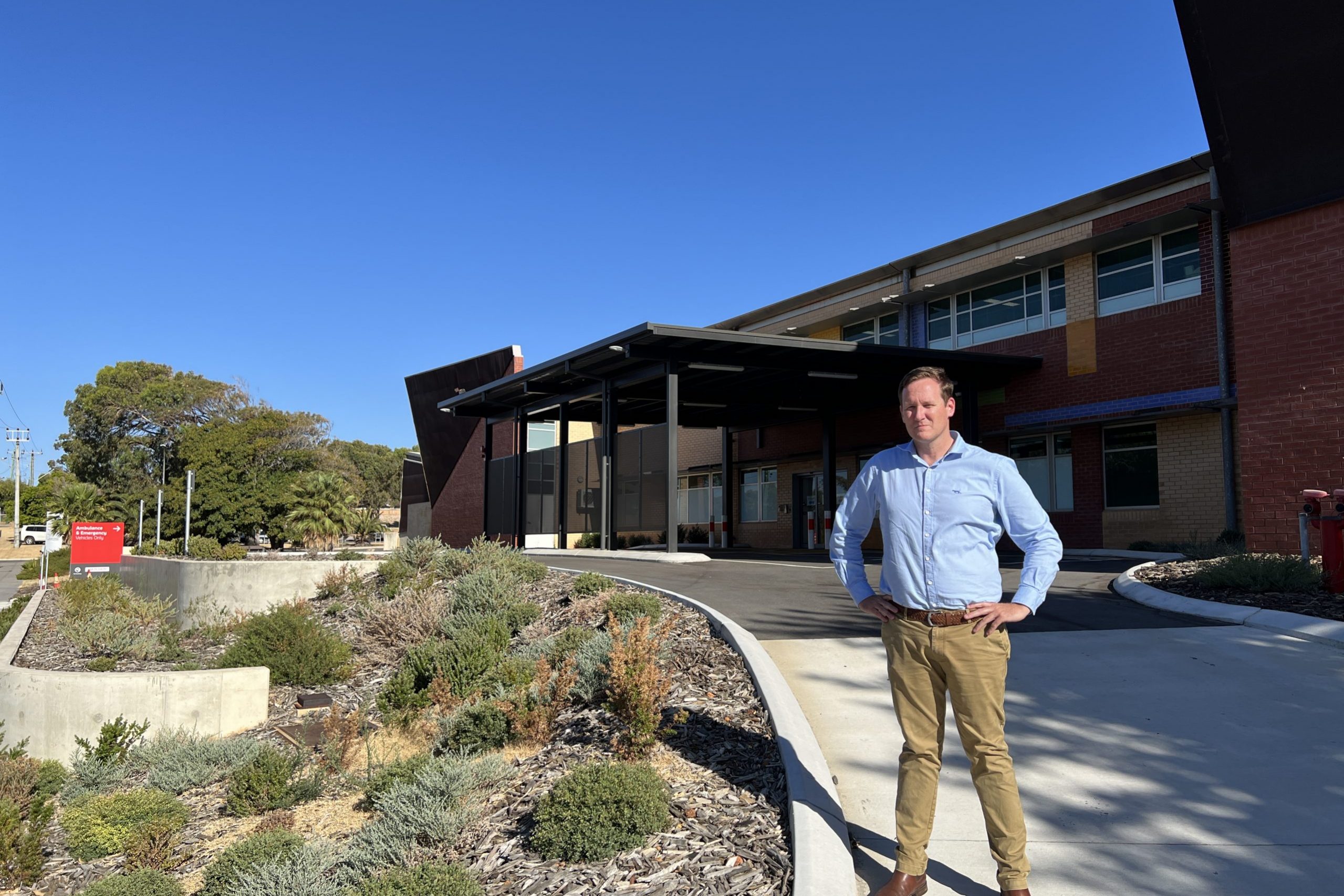 The Labor Government’s signature election commitment to Geraldton has collapsed as the $73.3 million redevelopment of Geraldton Health Campus has been indefinitely delayed.

Shadow Minister for Regional Health Martin Aldridge MLC said the project had been delayed three times since 2017, with the WA Country Health Service confirming no tender for Stage 2 had been awarded and the project no longer has a completion date.

“The Labor Government has had five years to deliver on their promised upgrades of Geraldton Health Campus and have failed families and communities in the Mid West,” Mr Aldridge said.

“Despite Geraldton MP Lara Dalton claiming Labor is ‘getting on with the redevelopment,’ all the community has to show for the last five years is a new car park and a front entrance which goes nowhere.”

Mr Aldridge said tender submissions for Stage 2 of the project were “well in excess” of the planned project cost, resulting in the State Government quietly shelving the redevelopment.

“I understand the tender process revealed it would cost more than double what the State had budgeted and almost three times what the Labor party promised at the 2017 election.

“This means promised upgrades to the emergency department, the new intensive care unit, and plans for an integrated mental health unit within the hospital will not occur unless the State Government agrees to a significant increase in costs.”

Mr Aldridge said it was now unlikely that the project would be completed prior to the next election and the already announced stage two even further down the track.

“By cutting corners and trying to deliver a new hospital on a shoestring budget, the Labor Government and Lara Dalton have left the people of Geraldton high and dry without the services they need today and in the future.

“Prior to the 2021 State election Progress Midwest confirmed the full redevelopment of the Geraldton Hospital would cost around $120 million, yet Labor refused to meet this pledge and have quickly found themselves out of cash and without a plan.”

Mr Aldridge said it was an embarrassment for the Labor Government which continued to make significant spending commitments in Perth – including a new $1.8 billion maternity hospital and the $5.7 billion Metronet project – while ignoring regional health.