The Nationals WA have been representing the interests of regional WA for more than one hundred years.

Since that time the Party has always held seats in the Legislative Assembly and Legislative Council of the Western Australian Parliament.

The Party has had many names in its long history, but adopted its most recent, The Nationals WA, in 2003.

In March 2006 the Party’s State Councillors voted to break the Coalition arrangement that had been in place for a number of years with the Liberal Party. The Nationals WA contested the 2008 State election as an independent political party seeking to hold the balance of power in the State Parliament on behalf of regional West Australians.

On September 6 2008, The Nationals WA achieved the balance of power in both Houses of the State Parliament. The leadership of the Party negotiated in good faith with the Liberal and Labor parties – prepared to form Government with the party that would deliver Royalties for Regions. A week after the State election Brendon Grylls, Leader of The Nationals WA, announced the Party would form a power-sharing alliance with the Liberal Party.

The Nationals WA has maintained its independence in Government, reviewing each piece of legislation before the State Parliament on its merits and voting accordingly.

Since 2008, The Nationals WA have overseen the Royalties for Regions program. This has delivered more than 3600 projects, services and initiatives across regional WA, rebuilding the State. 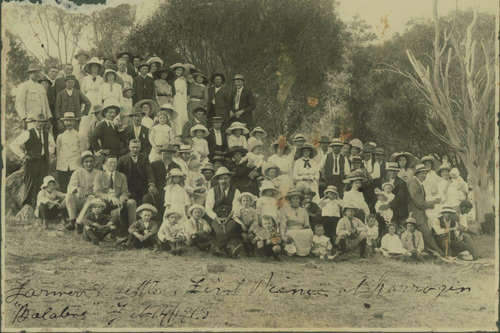 From the Country Party’s foundation in 1913 until 1944 the party was a part of the farmers’ organisation – the Farmers & Settlers Association/ Primary Producers Association.

Keep up to date!
Keep up to date with The Nationals WA on Facebook and Twitter, and don’t forget to share us with your friends.
Recent Posts
Archives
Go to Top