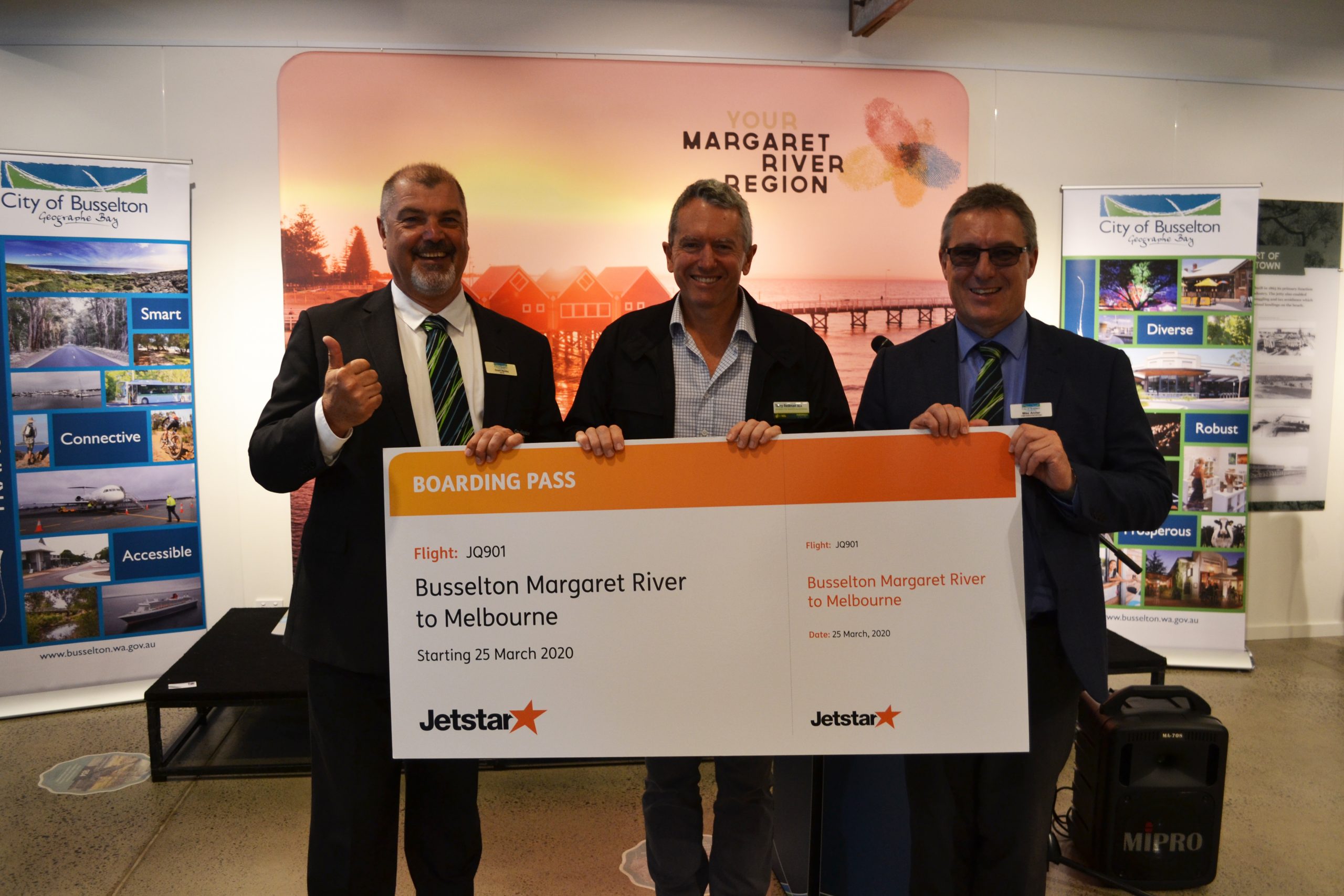 Member for Warren-Blackwood, Terry Redman is an outspoken campaigner for a new, purpose built terminal at the Busselton Margaret River Airport, especially since Jetstar’s announcement to run three flights per week between Busselton and Melbourne.

Further to Jetstar’s investment, the Business Council of Australia has identified Busselton as one of ten regional centres with the potential to power the nation’s economy.

“This strengthens the case for Government investment in a new airport terminal which will assist with job creation, new businesses and help attract additional people to the region.

“The way I see it, you can either build a purpose built facility that will create a welcoming reception lounge, or as the McGowan Government wants to do, fund a tin shed next to the current terminal that will provide a substandard passenger experience,” Mr Redman said.

“I certainly know my preference.  Let’s invest in the regions and build for the future.

“I believe it is short sighted to tack tin sheds onto old infrastructure when the region is doing all it can to position itself as a welcoming and attractive place to visit.

“I can only imagine the uproar in Perth if a ‘tin shed’ was built as a Metronet Train Station.”

In Parliament (28 November 2019) Premier McGowan stated that ‘if a new terminal is built it will increase Jetstar’s costs’.

“This is a completely false and misleading statement. There will be no increase in costs to Jetstar, as confirmed by the City of Busselton,” Mr Redman said.

“It is time the McGowan Government backs the regional businesses who invest in the South West by funding this vital piece of infrastructure and showing their commitment to the growth of the region,” Mr Redman said.