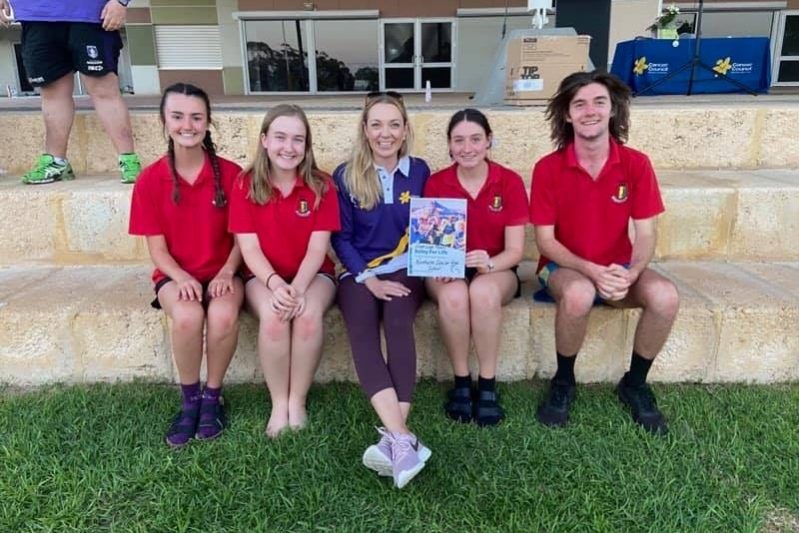 Member for Central Wheatbelt Mia Davies has congratulated 2020 Wheatbelt Relay for Life participants for exceeding their fundraising target and making a significant contribution in the fight against cancer.

Held every two years, the Wheatbelt Relay for Life was well supported by community members, local businesses, Northam Senior High School and St Josephs, all of whom had been raising funds in advance of the walk.

“Fifteen teams and nearly 200 walkers spent 24 hours walking the oval this weekend to raise over $52,000 for the Cancer Council of Western Australia,” Ms Davies said.

“That’s nearly $10,000 more than their target and is significant amount to come from the region, people have deep pockets when it comes to cancer.”

Ms Davies said the Wheatbelt Relay for Life Committee, chaired by Ashlea Owczarski-Moss, was small but mighty and had worked tirelessly to pull the event together.

“Ashlea and her team have dedicated hours of their time to make the event a success,” she said.

“There have been many meetings, fundraising, co-ordinating entertainment, food, activities, and security, liaising with the Cancer Council WA, promoting the event and then hosting it on the weekend.

“I loved the fact locals were keen to assist, including businesses like Lucy’s Tearooms and Refractory Road, who all helped keep the spirits and energy of the walkers high.”

The relay is often a very personal challenge for walkers, with so many families having been touched by the insidious disease of cancer.

“Two years ago I was relaying for my Dad who had just been diagnosed with stage IV lung cancer, and in memory of my Nan and Pop who both died after a battle with cancer,” Ms Davies said.

“You use that personal experience to motivate yourself – because it could be that extra dollar raised that creates the breakthrough for treatment, or allows the Cancer Council to extend their support and education network to assist more families and individuals battling the disease.”

She said lung cancer was the fifth most commonly diagnosed cancer, and the most common cause of cancer death in Australia.

“Unfortunately there’s very little chance of long-term survival because there is no screening program to detect the cancer early and symptoms are vague,” she said.

“Knowing the prevalence of breast cancer and ovarian cancer in our communities, it shocked me to learn that lung cancer takes more lives than both those combined so it was welcome news last August when the Federal Health Minister announced an inquiry into creating a national lung cancer screening program.”