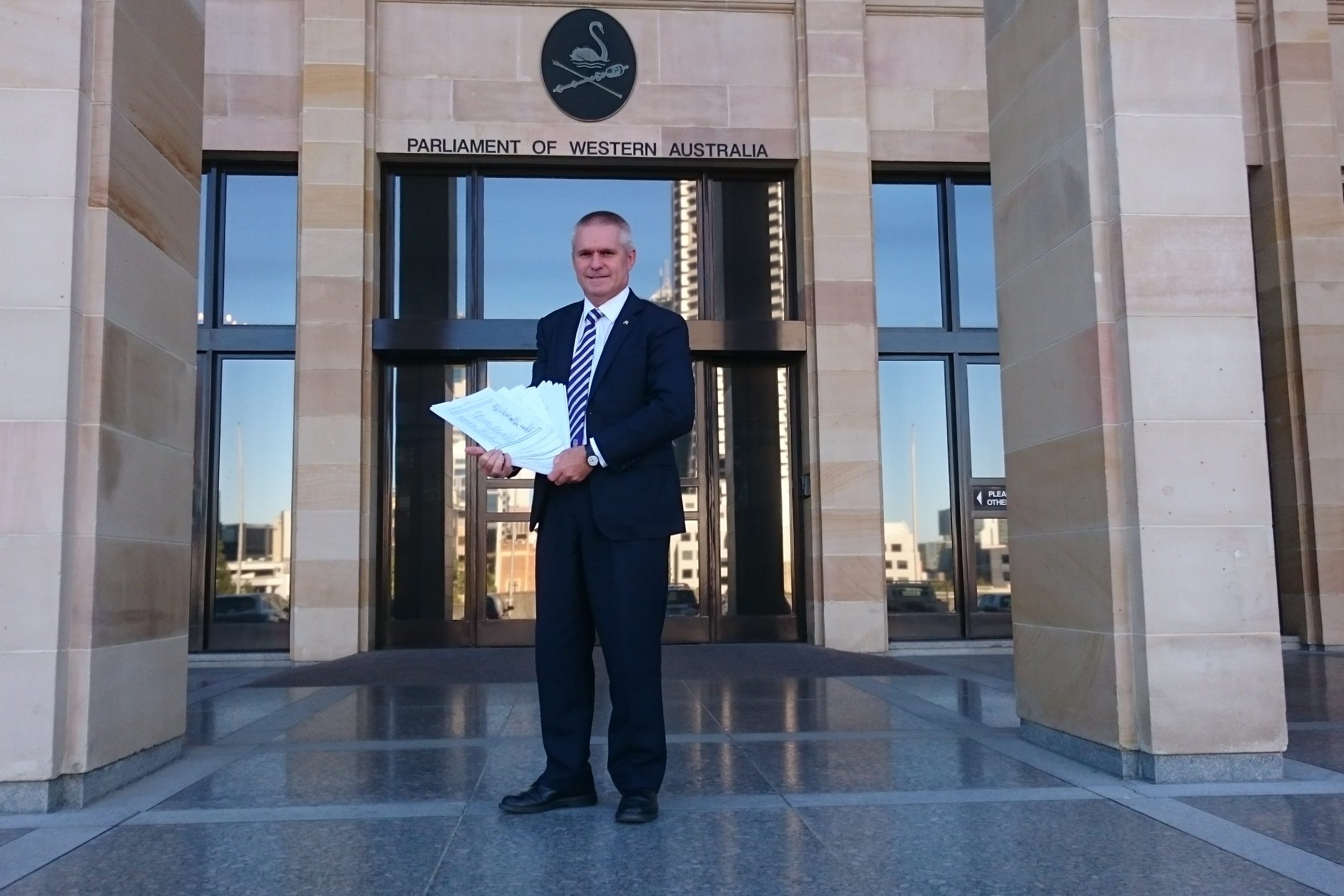 Member for Geraldton Ian Blayney is calling on the Labor Government to seek more consultation with residents affected by the Dongara-Geraldton Bypass given the proposed route will cut through properties, effectively rendering the land unusable.

Having been contacted by many concerned residents since Option 1 was announced as the preferred route earlier this year, Mr Blayney has established a petition requesting the Government endorse the use of the existing Brand Highway as far as Rudd’s Gully.

“It’s ridiculous that upgrades to the Brand Highway were not considered as part of the Alignment Selection Study,” Mr Blayney said.

“As it appears, the whole length of the bypass is an entirely new road running parallel to the existing highway which will severely affect landowners in Allanooka and Walkaway whose properties will be split in two.

“Landowners will likely have caveats placed over their land, effectively rendering their land sterile which is unfair given that suitable infrastructure is already in place.

“It’s time the Labor Government took a more common-sense approach and seriously consider improving the Brand Highway, especially seen as the bridge at Greenough has already been replaced by the previous Liberal/National Government.”

“Working with the community, I have created a petition requesting the Government consider utilising the existing highway which I will present to the Parliament before it rises on 19th of November.

Mr Blayney is hoping that the petition will encourage the Labor Government to provide more community consultation.

“The Labor Government cannot continue to ignore calls from the community to consider other routes when the community concern is so strong,” he said.

“If you live in the surrounding areas that will be impacted by the proposed bypass, I urge to you sign the petition as well as contacting Main Roads to provide feedback on the route.”

With a lack of funding for the project in the recent budget coupled with continuous failures to listen to the community, Mr Blayney questions whether the Labor Government are taking this project seriously.

‘Having waited for so long for a preferred route to be announced together with the fact that funding for this project will not be announced until after the State election shows a complete disregard for Midwest residents,” he said.

“The community should know where the local Labor candidate stands on this project given she has remained silent throughout developments concerning the bypass.

“It would be disappointing if she agreed with the Minister given the devastating effects Option 1 will have on families, homes and properties in the region.”

A copy of the petition can be signed at Ian Blayney’s office at Druids Hall or at the Walkaway store on Evans Street and must be returned to the Geraldton MP’s office on or before midday on Monday 16th November.