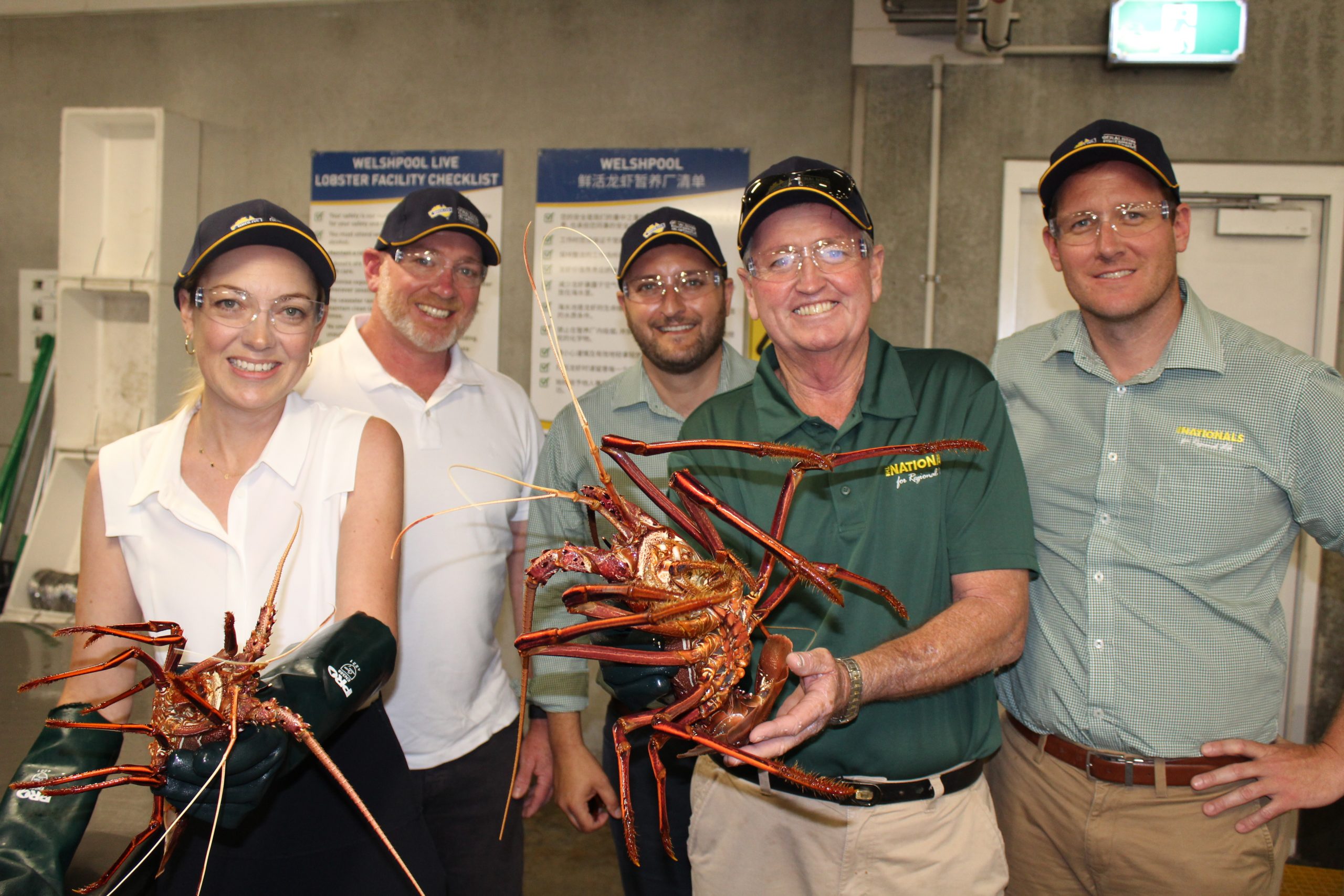 The Nationals WA have welcomed the Federal Government’s announcement of a $170 million package to support our fisheries, seafood and agriculture markets.

Leader Mia Davies said the funding would help restore trade for Australia’s most valuable fishery – western rock lobster – which would feature on the first flight of produce departing Australia in coming days.

“Western rock lobster is an important industry for regional WA, employing thousands of workers and making a $550 million contribution to the local and State economies,” Ms Davies said.

“Unfortunately, it was one of the first industries in Australia impacted by COVID-19 as exports into China were shut down in January, leaving many living in regional WA without work.”

The package includes $110 million to facilitate freight exports, a $50 million boost to the export market development grants program and a $10 million waiver on the Commonwealth fisheries levy.

Mr Blayney, who is The Nationals WA fisheries spokesperson, hosted Deputy Prime Minister Michael McCormack in Geraldton in February, see below, to meet local fishers and learn of their concerns.

“I thank the Deputy Prime Minister for taking these concerns back to Canberra and working with the Commonwealth to deliver a package to restore key air freight routes for our high-quality seafood,” Mr Blayney said.

“I also thank local cray fishermen, who were very effective in discussing their concerns directly with the Deputy PM – it is clear their contributions have been instrumental.”

“This will help restore key freight routes for our WA producers until commercial capacity can be restored again,” he said.

“We are doing everything possible to help our high-value agricultural and fisheries exporters across the WA regions get their produce on airplanes and into overseas markets.

“Everything we are doing as a Government in response to this pandemic is focused on saving lives and saving livelihoods and we know our Western Australian primary producer industry is key to this.”