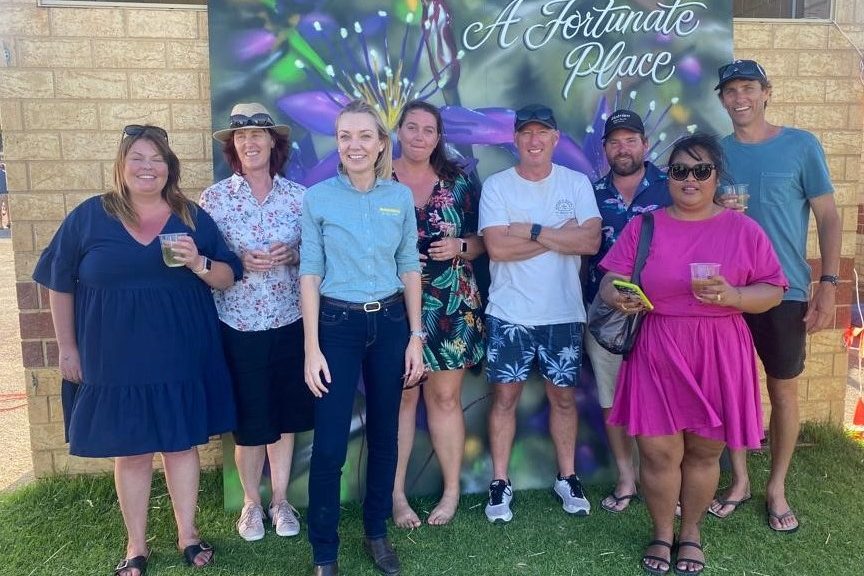 Member for Central Wheatbelt Mia Davies MLA has congratulated the Wickepin community for their inaugural Festival held on Saturday in the wake of recent bushfires.

“Events like this showcase our wonderful region, and it was the perfect time to bring everyone together in the wake of pretty challenging times,” Ms Davies said.

Speaking at the festival, Ms Davies thanked and recognised all those that were involved in the recent bushfires.

“To everyone that turned out to fight the fires, thank you for keeping lives safe and for protecting homes, properties and the thousands of livestock in the face of horrendous conditions,” she said.

“There was also huge support to keep food and refreshments coming, manning the ambulance, and supporting those on the front line.”

Ms Davies also kicked off the Rossi Toss competition, throwing a boot rescued from the fire and slightly worse for wear.

She congratulated the organisers and everyone involved in bringing the event to life.

“Without the efforts of all the volunteers, sponsors, organisers and community members, festivals such as these don’t happen,” said Ms Davies.

She said reports back from the fire were sobering, with many experienced and long-term volunteers saying the conditions were the worst ever experienced.

“It is testament to the hard work of the volunteers and crews during the fires that there was no loss of life, the situation could have been far worse and every person involved is to be commended for their contribution,” she said.