Metrodebt passes Parliament on the back of Royalties for Regions raid

You are here:
Press ReleasesRoyalties for Regions 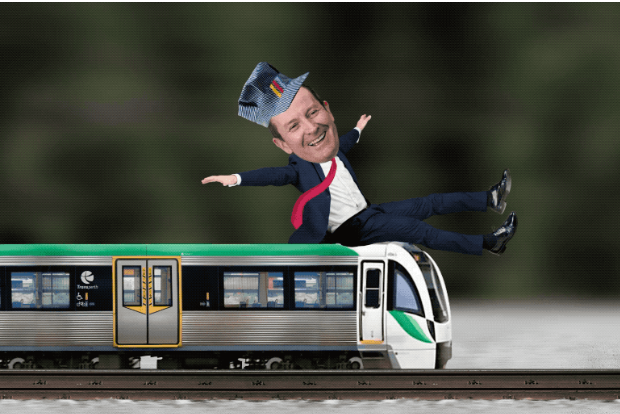 The Nationals WA Deputy Leader Jacqui Boydell has cautiously welcomed the passing of the latest Metronet legislation through the Upper House this week, but has questioned the cost for regional taxpayers.

Ms Boydell said The Railway (METRONET) Amendment Bill 2019 passed through the Upper House last night and would allow the construction of the Government’s long-promise Morley to Ellenbrook line.

“While there is bipartisan support behind improving public transport infrastructure, Metronet – or Metrodebt as it is referred to in regional WA – continues to be a bottomless pit when it comes to spending taxpayer dollars,” Ms Boydell said.

“Currently, Metronet spending is forecast to cost a whopping $5.2 billion. This single project is now worth more than the Labor Government’s entire Royalties for Regions investment since 2017.”

Ms Boydell said Metronet had been plagued with cost blowouts and delays.

“The Thornlie-Cockburn line alone was meant to be completed in 2021 and cost $474 million, but will now cost a massive $716 million and won’t be completed until at least 2023.

“That’s an extra $242 million which had to be pulled from somewhere,” Ms Boydell said.

“Conveniently, Labor orchestrated $320 million from Royalties for Regions to be moved back into consolidated revenue last year.”

Ms Boydell said it was concerning that Premier Mark McGowan was still unable to answer questions about the total cost of Metronet in Parliament last week.

“Given that Metronet is Labor’s signature election commitment you might expect they could answer questions around the total cost, but he doesn’t have a clue.

“Meanwhile essential services in regional WA are sliding backwards, regional education funding has been slashed, waiting times for GP appointments are increasing, substandard government housing is not being adequately maintained, and the Government has its head in the sand over drought across the State.

“It’s hard to stomach that a single metropolitan project can have a bottomless budget while Royalties for Regions funding continues to be scaled back.”

Under The Nationals in Government, Royalties for Regions invested $6.1 billion to support over 3,600 projects and programs in regional WA.