Rationale behind Mid West regional travel restrictions must be revealed 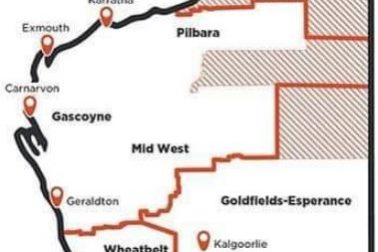 The State Government is testing the patience of the Geraldton community by not lifting border restrictions in the Mid West in line with other parts of the State, according to The Nationals WA MP Ian Blayney.

In Parliament Mr Blayney, the Member for Geraldton, asked the Premier why South West communities were allowed to travel to and from Perth under revamped COVID-19 restrictions but the same right wasn’t afforded the people of the Mid West.

“The latest movement restrictions appeared inconsistent considering Geraldton is similar in size, provision of services and distance to Perth as Albany, whose residents can travel between the metropolitan area as they like from Monday,” he said.

“Those in Perth who usually travel north for the winter will now most likely decide to visit the South West instead, meaning Geraldton businesses and those above the Mid West region will likely miss out on much-needed revenue.

“Geraldton businesses thrive on tourism throughout the winter months and peak season for many operators in the North West is quickly approaching, so keeping travel limited between the north and the south of the State will have a detrimental effect on these local economies.”

Mr Blayney said the Geraldton community was also none-the-wiser from the Premier’s response as to when the border restrictions would be lifted.

“I asked the Premier to table the health and economic advice the Government is using to make decisions on regional border restrictions so we can better scrutinise the seemingly illogical decision,” he said.

“Everyone understands and expects the Government to act on advice from the State health experts so it shouldn’t be a problem for the Premier to table this advice, but his evasion of the question certainly raises further concern on how such important decisions are being made.

“It is vital the Government provides details behind the COVID-19 measures and when a review of the phase two restrictions will occur so Geraldton families and local businesses can start to plan for the foreseeable future.”

The Nationals WA Leader Mia Davies said the State Government must help the tourism businesses in regions still cut off from the large population centres in the south ride out the crippling travel restrictions.

“We called on the Tourism Minister to deliver a financial support package for those businesses missing their peak tourist season but he was uncommital in his answer,” she said.

“Many of the small businesses fall through the cracks in regards to the payroll tax and utilities concessions being offered and will need targeted State Government aid to survive.

“And they need that help to come as soon as possible.”