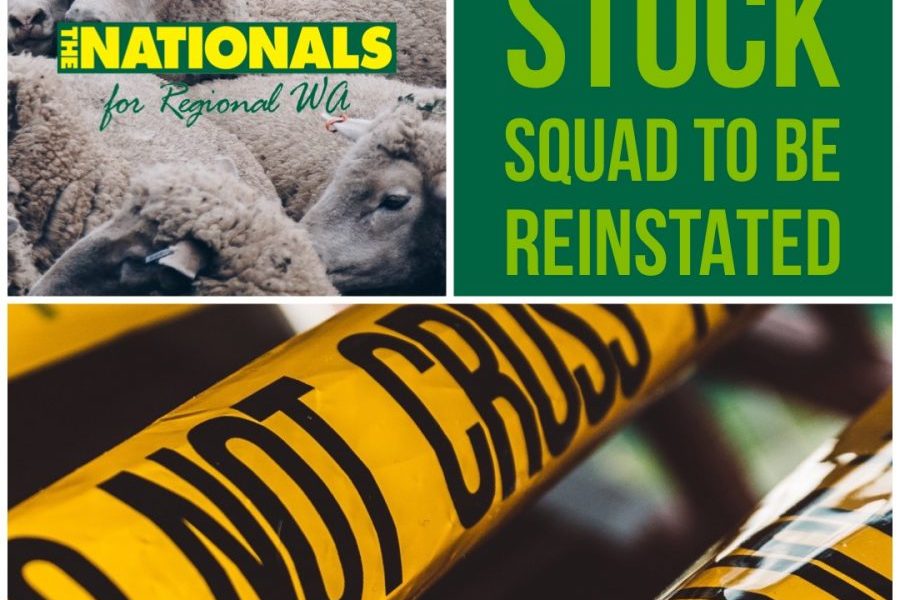 The Nationals WA have called on the State Government to commit to a range of measures to address a rising wave of illegal behaviour by animal activists, including reinstating the Stock Squad.

During debate in Parliament yesterday, The Nationals agriculture spokesperson Colin de Grussa called on the McGowan Government to provide greater protections for farmers, extra resources for law enforcement agencies and strengthen the regulations around the use of drones for clandestine surveillance.

“The Nationals have refocused Labor’s attention on agriculture this week with a range of questions in Parliament imploring the Government to stand up for our agricultural sector following an escalation of incidents involving animal activists,” Mr de Grussa said.

“Farmers and their families, and the wider livestock industry – including transporters, stockyard employees and people attending agricultural educational facilities such as the Muresk Institute – have the right to feel safe when going about their lawful business.

“They are not the ones breaking the law and they deserve protection.”

In response to The Nationals’ motion in Parliament, the Minister for Agriculture confirmed the Government was open to reforming the rural Stock Squad.

“The specialised livestock police unit was disbanded under the previous Labor Government, and I have called on Labor to reinstate it,” Mr de Grussa said.

“Stock theft costs farmers across Australia millions of dollars annually, with more than 20,000 sheep or cattle reported stolen in 2017.”

Mr de Grussa also called for a review of legislation relating to drone activity to combat new techniques being used by activists.

“Animal activists are using drones to produce distorted footage to suit their anti-agricultural agendas,” he said.

“While this is distressing and damaging to a farmers personal reputation, it also may cause greater damage to the industry as a whole.

“The Minister recognised this as a valid concern and gave her commitment to having a Parliamentary Committee review legislation around drone use.”

Mr de Grussa said Labor’s disconnect from regional industries had emboldened activists who saw the McGowan Government as a “soft-touch” when it came to enforcing trespass laws.

“More must be done by the State Government to dissuade these criminal activities,” Mr de Grussa said.

“I welcome the Minister for Agriculture’s response to the motion moved by The Nationals WA. Our Party will continue to seek further reforms to support our agricultural sector from these illegal and intimidating acts.”