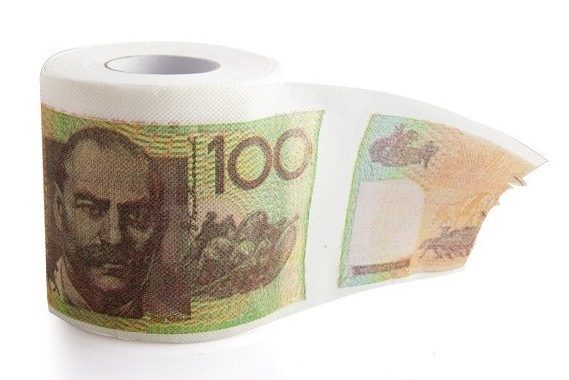 A tax on toilets is among a series of over-the-top water charges that are pushing regional operators to the wall, according to The Nationals WA small business spokesman Vince Catania.

“We have the bewildering situation in Carnarvon whereby accommodation providers are billed thousands of dollars each month for toilets in rooms that are used for only a few weeks of the year,” Mr Catania said.

“There seems to be a lack of understanding from the Minister for Water about what’s happening on the ground and how outrageous charges are crippling small businesses already coping with the rising costs of operating in regional centres.”

While Perth businesses pay $2.518 per kilolitre for water, their country counterparts are classified into one of 15 levels with towns and cities on the highest step, such as Carnarvon, slugged $8.562 per kilolitre for a necessity of life.

“Given the short tourist season in some regions it is almost impossible for these businesses to recoup those costs and a growing group believe it is unviable to continue operating,” Mr Catania said.

“These types of businesses are required to underpin economic and tourism growth in regional communities so they should be supported by the State Government to service locals and visitors, not be hit by what can only be described as water taxes.”

Mr Catania said it didn’t make sense for the State Government to promote WA as the Road Trip State yet have in place so many hurdles for those trying to provide tourist facilities.

“The Premier committed back in September 2017 to make sure the regions would be provided an opportunity to have water for the same price as people in the city,” he said.

“Clearly this was not directed at small businesses because the enormous difference between commercial water rates for metropolitan and regional areas still exist.

“Other costs including enormous insurance premiums that don’t always provide adequate cover, electricity, fuel, transport, increasing leases, rents and rates are making it harder to attract people to remote locations, with the resilience of many existing businesses being tested.”

Mr Catania said it was overdue for the McGowan Government to relieve pressures and address excessive regional costs such as airfares, utility bills and licencing fees to help businesses remain competitive and ensure regions grow and prosper.

“Unfortunately, McGowan’s Labor Government has turned its back on the regions in favour of its pet Perth projects such as Metronet,” he said.

“However, it is critical the McGowan Government supports regional businesses by at the very least providing them with a level playing field.”