Olsen stands up for protection of Norseman camels 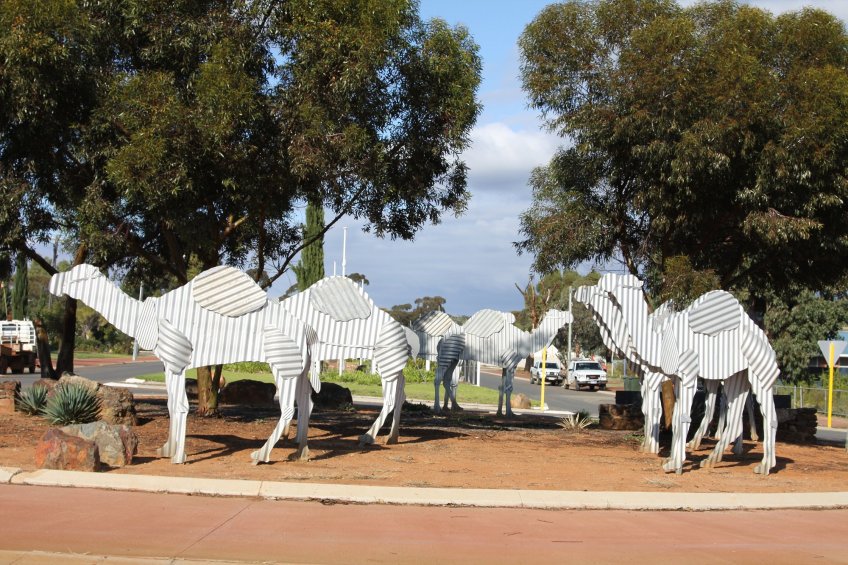 Rowena Olsen, The Nationals WA Candidate for Kalgoorlie has labelled Main Roads request for the removal of the metal camels in Norseman as absurd.

Main Roads WA has sent a detailed Corrective Actions Report to the Shire of Dundas after a recent road audit, including a directive to remove the metal camels from the Coolgardie Esperance Highway and Prinsep Street roundabout.

Ms Olsen said the tin camels are an iconic Norseman tourist attraction, as well as a nod to Norseman’s rich history.

“Surely during this pandemic Main Roads have bigger priorities than harassing the Shire of Dundas about their tin camels,” Ms Olsen said.

“The camels represent Norseman’s history, when camels were used to bring mail and other supplies to the community.”

Main Roads also called for metallic plaques located around the intersection to be modified so that they do not present the risk of injury to errant road users, in particular motor cyclists.

“That section of the Coolgardie Esperance Highway needs to be upgraded to accommodate the increased traffic flow, particularly from large trucks,” Ms Olsen said.

“The camels have been at the roundabout since 2001, without incident.

“Surely if the camels were such a traffic hazard, the Shire themselves would have investigated other placement options.

“My concern is over reach. Where will this end? Will other local governments be asked by Main Roads to remove tributes, memorials and plaques because of a perceived hazard? What about towns that have their War Memorials in prominent locations? Will Main Roads be asking for the memorials to be torn down?

“It’s just another faceless Perth based department not understanding regional WA and its contribution to our state’s history.”