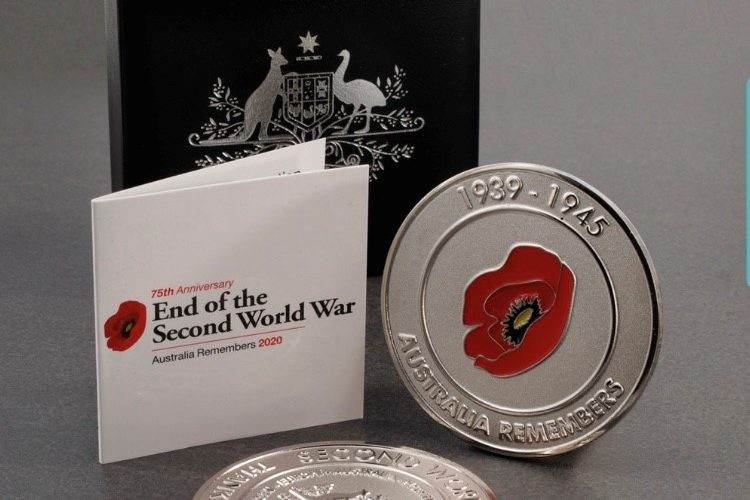 Local Member for Central Wheatbelt Mia Davies MLA has welcomed the acknowledgement by the Australian Government in observing the significance of the 75th anniversary of the end of the Second World War – 1945-2020.

The Department of Veterans’ Affairs have produced a Commemorative Medallion and Certificate of Commemoration as a small but meaningful way to thank living veterans of the largest global conflict of the 20th century.

“Almost one million Australians served during the War and remarkably there are around 12,000 Second World War veterans still with us today, some of which I’m proud to say live in the Central Wheatbelt” said Ms Davies.

“In a year that we mark the 75th anniversary of the end of the Second World War, a grateful nation says thank you to those brave men and women who fought and served in the defence of our nation.”

The design will feature the Commonwealth Coat of Arms, wording of appreciation and identify by name theatres of war that saw the significant involvement of Australian Armed Forces. The medallion reverse design utilises the poppy as the central symbol surrounded by the wording of ‘Australia Remembers’ and the beginning and end years of the Second World War.

The medallion will be presented in a display case and will include a card that explains the design and contains a brief expression of thanks. The design of the commemorative certificate will complement the medallion.

The medallion and certificate is available to every living veteran of the Second World War. Applications can be made online at: https://portal.nationalmailing.com.au/DVA/certificate or for those with no online access, by phone on 1800 VETERAN (1800 838 372) during business hours.