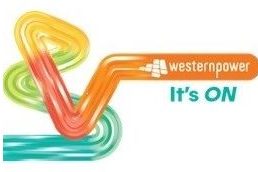 Efforts to restore power supply following recent blackouts in Northampton and Chapman Valley have been unacceptably slow, given the extreme heat currently being experienced in the regions.

“Temperatures in the region have soared above 40 degrees in some parts which makes living without access to air conditioners or fans not only uncomfortable, but dangerous,” Mr Love said.

“We have been hearing stories of elderly residents wrapping themselves in wet sheets in an attempt to cool down, as there is no electricity to power their appliances.

“These blackouts have been reoccurring in the region for weeks, the fault should have been discovered and fixed well before now.

“Access to electricity during the peak of the summer months is a basic human right in Western Australia – this must be resolved as quickly as possible.”

“These communities have endured so much over the past year, with Tropical Cyclone Seroja cutting off access to high-quality power and telecommunications for an extended amount of time.

“Once this latest blackout has been fixed and electricity has been restored, the State Government must investigate ways to provide stronger power grids to Northampton and Chapman Valley which should have occurred after Seroja hit.

“The Minister for Energy needs to also look at improving the current protocols and processes for providing clear and consistent communication with communities when these blackouts occur.

“Leaving regional residents in the dark is unacceptable, particularly in the sweltering conditions WA has experienced so far this summer.”