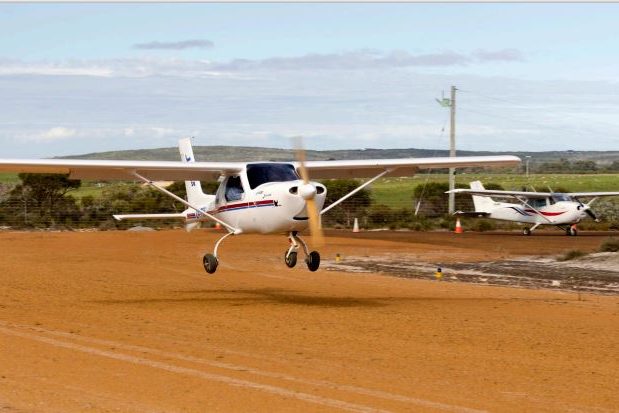 Peter Rundle, your Nationals member for Roe, today committed $1.8 million to improving the condition of the Bremer Bay Airfield if elected.

Member for Roe Peter Rundle commends the Shire of Jerramungup’s initiative to improve the Bremer Bay Airport and is excited to announce this commitment.

Mr Rundle said the upgrades would enhance the capability of the airport to support population growth in Bremer Bay, expand tourism opportunities and improve emergency service and firefighting capabilities for the nearby Fitzgerald River National Park.

“In recent years bushfire mitigation in WA is increasingly reliant on the services of aircraft to fight fire from the air. The Bremer Bay Airport upgrade is an important project to ensure the facility can support emergency and firefighting vehicles,” he said.

The Bremer Bay townsite is extremely vulnerable in the summer bushfire season with a single bitumen road access and coast and estuary on the other side of town. In December 2012 Bremer Bay was evacuated when a bushfire threatened the town and in 2002 a fire sped through the Point Henry rural subdivision causing serious and long lasting damage.

“In the summer months the population of Bremer Bay soars from about 250 permanent residents to as many as 9000 in any day during the Christmas period. During this peak season people are in accommodation in the town centre but others are camping and spread out through the National Park and beaches during the highest risk time of the year for bushfire.

“Royal Flying Doctor Service, fire and emergency services must have suitable access at the Bremer Bay airport to ensure the safety of locals and visitors to Bremer Bay if ever there was an emergency.”

RFDS is a vital service in our remote and regional communities and these upgrades will serve to provide safer facilities for all our emergency service personnel”.

The Shire of Jerramungup has commissioned the Bremer Bay Airport Master Plan in 2015 with further planning and submissions underway in 2021.

Mr Rundle said he would like to see these upgrades happen as soon as possible.

“The safety of our small communities is just as important as our bigger regional centres. I would like to see these improvements happen in Bremer Bay not only for peace of mind for the local community but improved safety for an increasing number of regional visitors to the area,” he said.