Local Member commits $100,000 for Fisherman’s Memorial at the Wharf 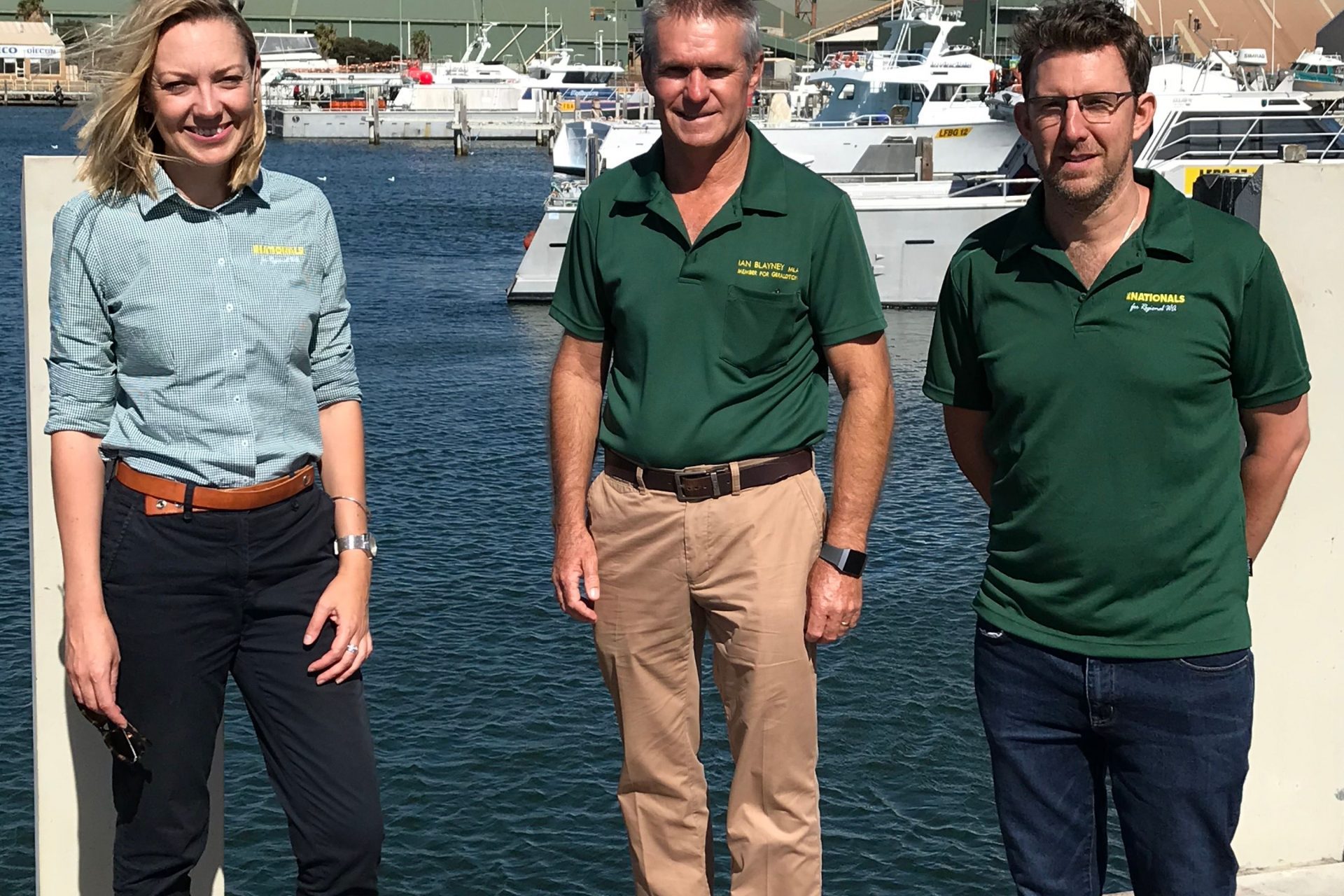 Members of the Geraldton community who have lost loved ones at sea will have a memorial to remember them by should The Nationals WA form Government next month.

Today, Member for Geraldton Ian Blayney announced a $100,000 commitment to build a Fisherman’s Memorial at the Geraldton Wharf that will enable Geraldton’s fishing community and their families to erect a plaque to remember those lost at sea.

“One of the most memorable features of fishing towns throughout the world is a memorial to fisherman lost at sea,” Mr Blayney said.

“The fishing community play a valuable and significant role within our community and it would be fantastic to give something back to fishing families who have been unfortunate enough to lose someone at sea and don’t have a grave to aid their journey through mourning.

“A memorial will give somewhere for these families to go to mourn and remember those who went out on the ocean and never came home.

As the Member for Geraldton for the last 12 years, Mr Blayney said he has had a long association with the fishing community and the memorial is an idea that has been discussed in the past.

“A Fisherman’s memorial is mentioned in the planning document for the fishing boat harbour and the Geraldton Fisherman’s Co-operative have mentioned it in their development plans,” Mr Blayney said.

“We already have the Sydney HMAS II Memorial here and  so another memorial would provide another location to record history as well providing another spot on historical tours of the town.

“A commitment of $100,000 will ensure a sustainable memorial can be built at the Wharf to remember those lost at sea for years to come, which will be a valuable addition to our City that is rich in maritime history.

Mr Blayney said the Fisherman’s memorial will be similar to memorials that exist in other fishing communities such as the ones that exist in Port Lincoln & Mt Gambier, South Australia, Fremantle, WA, Rhode Island & Massachusetts, USA and Grimsby, UK.

The funding for the project will come from the Royalties for Regions Program.