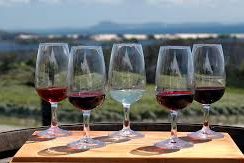 The Nationals WA have called on the State Government to relax its COVID-19 restrictions and help stimulate local economies by allowing wineries and producers to serve tastings without a meal.

Member for South West Colin Holt said many small wine producers were frustrated they could not kick-start their cellar door businesses because of the strict rules placed on reopening licensed venues.

“There are many wineries and venues that rely heavily on cellar door sales for their livelihood yet the latest restrictions mean they will remain closed to the public,” he said.

“Those businesses just aren’t in a position to offer meals with a drink, which is a condition of the phase two restrictions announced by the State Government.

“While the health advice is that crowds at venues must be avoided to stop the possible spread of COVID-19, there must be better measures than can be adopted to allow businesses, such as wineries, to return to trading.

“This is a time when these businesses and customers are being asked to emerge from the lockdown and get the economy going yet it won’t be viable for many cellar door wineries to re-open.

”It is a further blow for small operators and local economies trying to revive their businesses after being effectively shut down because of the coronavirus.”

The phase two restrictions to come in force on Monday allow for free movement between the South West, Great Southern, Wheatbelt and the Perth-Peel region.

Mr Holt said there were many potential holiday makers from the metropolitan area who were keen to travel to wine regions to taste the local produce.

“However, those keen to try some fare from Ferguson Valley Wineries and other wineries in the South West will likely be met by closed doors,” he said.

“It will greatly disappoint responsible consumers and again limit the ability of small businesses to generate revenue during this crisis.

“The State Government must reconsider the restriction and look at alternative measures that can balance social isolation requirements and the ability of operators to trade.”