Mia Davies has used her inaugural State Conference address as Leader of The Nationals WA to urge the new Labor State Government not to turn its back on regional communities.

Mia Davies has used her inaugural State Conference address as Leader of The Nationals WA to urge the new Labor State Government not to turn its back on regional communities.

“We know, from bitter experience, that when the pressure is on for Government to find savings and cut programs, it’s regional Western Australia that bears the brunt,” Ms Davies said.

“There is every indication this Labor Government will return to ad-hoc funding of regional projects and tinkering at the edges. Royalties for Regions will become a shadow of its former self and, as we predicted, regional development and investment will grind to a halt.”

Ms Davies, the first female parliamentary leader of any National party branch in Australia, announced she and Deputy Leader Jacqui Boydell would develop and roll out a program to encourage and prepare women seeking to become Nationals members of Parliament.

“Our organisation has always had strong women in its ranks yet in more than 100 years there has been only five female National members of Parliament,” Ms Davies said. “We can and must do more.”

Ms Davies was optimistic about the party’s future despite the historic swing to Labor at the 2017 election.

“We’re at basecamp and we need to make our way back up the mountain,” she said.

“I don’t accept that modern governments run in eight year cycles. I can’t. We, The Nationals, can’t. We can’t because every day a Government is in power without Nationals MPs around the Cabinet table is another day our constituents suffer. Regional Western Australia suffers.

“We owe it to our constituents to never take the foot off the pedal, take no day for granted. As far as I’m concerned we cannot spend one day more in Opposition than we are legally obligated to.” 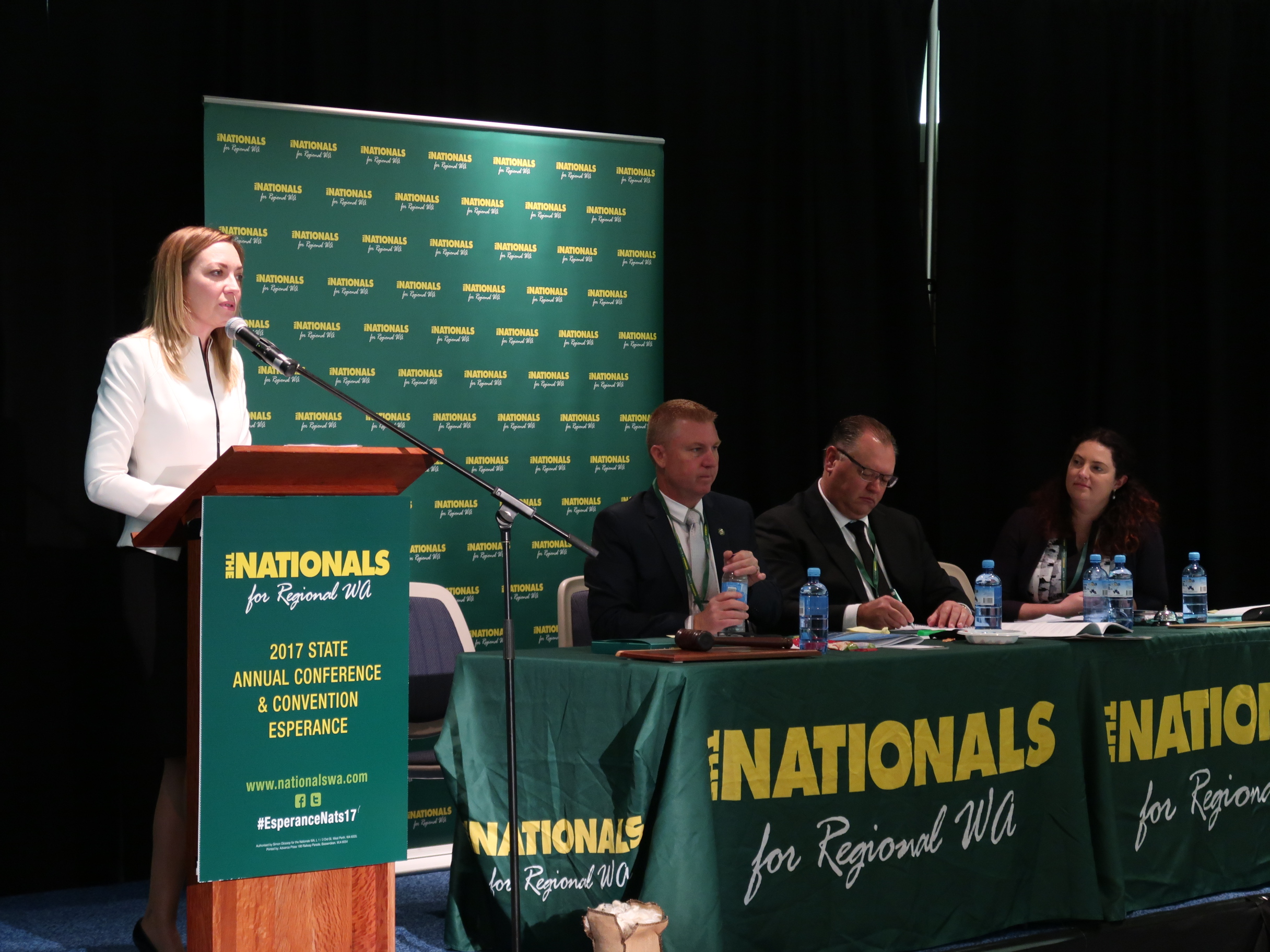 Ms Davies reiterated The Nationals’ commitment to push for a review of legacy iron ore State Agreements to ensure the contracts were still delivering benefits for Western Australia.

“The economic landscape is forever changing and the return our State receives for our finite resources must reflect the times and the level of investment the WA taxpayer has made to facilitate record mining activity,” Ms Davies said.

“At a time when the Commonwealth is suggesting WA will lose another $2 billion in GST because of a population decline, the fiscal situation facing our State is fast becoming a crisis.

“It’s time for the McGowan Government to show some backbone. The Premier must bring those miners to the negotiating table. There is no need to rip up State Agreements. This can be negotiated. But it will take some intestinal fortitude.”

Ms Davies paid tribute to Nationals MPs who lost their seats or retired at the March election, including former leader Brendon Grylls.