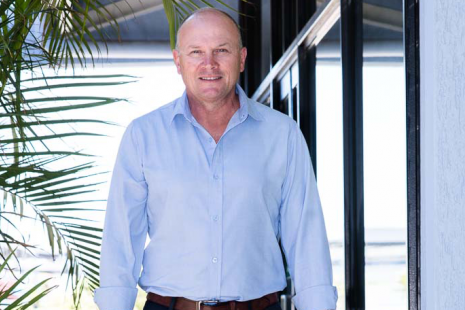 The McGowan Government’s election promise to rollout an Urgent Care Clinic (UCC) in Albany has failed to launch and could be in doubt.

The revelation comes after questions from The Nationals WA in State Parliament uncovered Labor had done nothing in more than two years in Government to deliver the UCCs the Party promised for Geraldton, Albany, Bunbury, Pilbara, Kimberley and Kalgoorlie.

“The Minister for Health had two chances over two separate days to explain when the Government will deliver on its promise to the people of Albany but he sidestepped the issue,” Leader Mia Davies said.

In the lead up to the 2017 election the Labor Party published glossy brochures touting its plans to “introduce Urgent Care Clinics to reduce pressure on our hospital emergency departments.”

“Under a McGowan Labor Government, most emergency departments will be equipped with an Urgent Care Clinic to treat patients with non-life threatening conditions,” Mark McGowan said at the time.

The UCC in Albany was to supposedly adapt the St John Ambulance Urgent Care Clinic model, yet to date the only ‘trial’ UCC has been at Royal Perth Hospital and strictly for alcohol and drug affected patients.

“This is increasingly looking like another broken election promise from Mark McGowan and Labor and the people of Albany deserve better,” Ms Davies said.

“At a time when regional emergency departments are struggling to cope with nursing and doctor shortages along with one of the worst flu seasons in recent history, these UCCs would have been useful to relieve the pressure.

“Clearly the promise to deliver UCCs was just a ploy to get Labor elected at the last State election.

“The promise has been dumped alongside Labor’s promise to maintain Royalties for Regions and not increase taxes.”

South West MP Colin Holt said the McGowan Government had only committed $2 million to delivering UCCs, money the Government now admits was simply to “advertise the rollout of this initiative … not specifically build clinics.”

“Our health spokesperson Martin Aldridge asked a number of questions in Budget Estimates last week that gave the Government ample opportunity to explain to the people of regional Western Australia when they intended to rollout these clinics. They chose not to answer,” Mr Holt said.

“Labor’s commitment was to redirect patients away from the ED in Albany as they would be better treated in a primary care setting.

“If that type of model is ever needed it’s now because we have a major flu season, record ambulance ramping and we’ve got regional emergency departments that can’t cope with demand.

“The McGowan Government has yet again failed the people of Albany.”