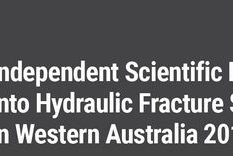 Moore MP Shane Love MLA has expressed his dismay at a hypocritical Labor government decision to allow fracking in the Mid West, while banning fracking in the South West, Peel and Metropolitan areas.

“The Premier is sending a message to residents in my Electorate of Moore that their quality of life – their environment – is worth less than that of their city and South West counterparts,” Mr Love said.
“This is an extreme case of ‘Not in My Back Yard’ and residents in the Mid West are justifiably going to feel second-class.”

Mr Love said the Premier had overlooked the fact that 40 percent of WA’s sold vegetable production comes from the Gingin and Lancelin area, just north of Perth with the total value of this industry $500 million, statewide.

“Aside from horticultural production, the Mid West is a huge exporter of grain and meat products and it’s an industry founded on WA’s clean and green image,” Mr Love said.

“We have had two fracking inquiries and neither of them have been able to demonstrate that unconventional gas production will deliver an economic benefit to the community. “Why would we risk the status of our export food production?”

Mr Love was critical of the fracking inquiry terms of reference which were strictly limited and did not consider social and environmental impacts.

“I note Labor’s adoption of The Nationals WA policy to allow farmers the right to say no before fracking can proceed on their land, however the details of this will need to be explored before I can endorse this measure,” he said.

“Mr McGowan needs to understand that Mid West residents have consistently called for fracking to be banned in their towns and communities.”