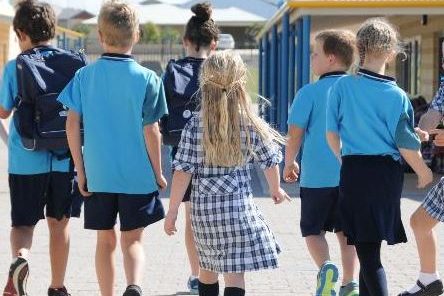 Member for Geraldton Ian Blayney welcomes the recent funding allocation to four primary schools in Geraldton but is disappointed that it’s taken this long for the Labor Government to recognise the importance of education in Geraldton.

“It’s great to see funding finally being injected into Geraldton primary schools given that they have been overlooked for the last four years,” Mr Blayney said.

“As of June this year, under the Labor Science in Schools program, only $25,000 had been spent on each of four Geraldton primary schools listed under scheme.

“Given their Science in Schools commitment is a $17m four year program, with final schools due for completion in December, I would have expected the amount already spent to be considerably higher.

“Nearly four years ago the Labor Government introduced a $17 million ‘Science in School’ election commitment, yet when I asked how much had been allocated to schools in Geraldton to date, they were unable to give me an amount,” Mr Blayney said.

“The previous Government spent over $52m on primary and secondary school development here in Geraldton throughout two terms of Government which highlights that we place significant value on regional education.

“We recognise that education is vitally important and that every child deserves the best education, no matter where they live.

“The education announcements made earlier this week by the current government were pleasing but it’s disheartening that we’ve had to wait four years for the arrival of such initiatives – they were the first announcements for Geraldton schools for quite some time.”