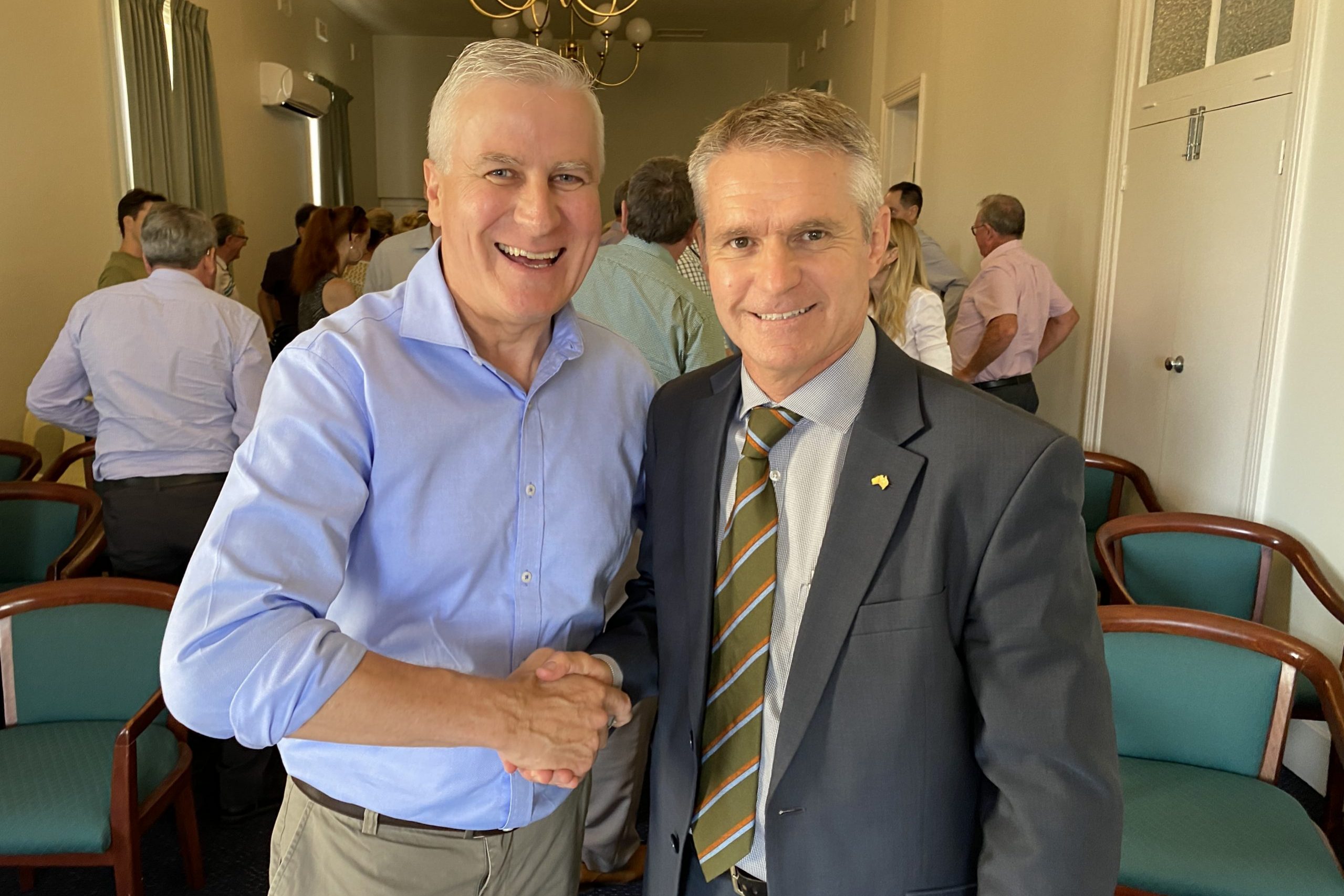 Member for Geraldton Ian Blayney says the State Government is yet to implement a sufficient response to assist businesses hurting from the impact of COVID-19 on tourism and cray fishing in the Mid West capital.

Mr Blayney, who welcomed the Deputy Prime Minister to town on Wednesday to meet with more than 100 affected fishers, business owners, accommodation providers and tourism operators, said a strategic focus was needed to support Geraldton.

“The Labor Government has let down Geraldton and the Mid West,” he said.

“As WA’s largest city north of Perth, our economy is largely built on the $500 million crayfish industry and $197 million tourism industry, which have all but ground to a halt since the COVID-19 outbreak.”

“Neither the Tourism Minister nor the Fisheries Minister has visited Geraldton since exports of rock lobster to China stopped and mainland Chinese tourist numbers started to dive.

“If it’s good enough for the Deputy Prime Minister to travel west and hear how it is impacting our economy, you’d think our own Ministers would show some level of interest.”

At meetings held on Wednesday, participants shared stories of cray fishing businesses having to lay off deckies, workers being unable to afford their rent and in some cases leaving town.

Other business owners that rely heavily on Chinese tourism said a steep decline in numbers was having a significant impact on their bottom line.

In Parliament yesterday Mr Blayney asked the Transport Minister how the Regional Airfare Fund would benefit Geraldton in the wake of businesses being hit by the double whammy of lobster industry shut downs and a dramatic loss of Chinese tourists.

“The Minister was unable to explain which key routes would be prioritised or the methodology of how they would be determined,” he said.

“Businesses are recording unsustainable losses. Unless action is taken swiftly by the Labor Government the impact of COVID-19 will have an extremely detrimental toll on the Geraldton economy.

The Nationals WA tourism and transport spokesperson Vince Catania said Geraldton needed to be top of the pecking order.

“Cheaper airfares to this regional city will help bring more domestic travelers in place of Chinese tourists, which account for roughly 20 per cent of the greater Geraldton international tourism market,” he said.

“Per 100km of travel, Geraldton is among the most costly airfares in regional WA, which is unacceptable.”